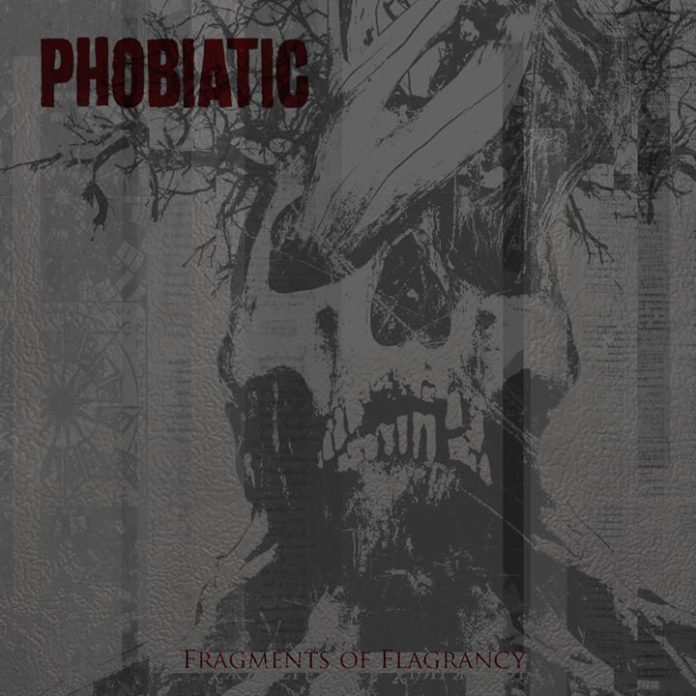 Technical death metal can be a tricky sound to tackle; on one hand there is the demand for extremely proficient musicianship, and on the other people still want something brutal that they can bang their heads to. Still, there have been many bands that have been able to achieve both of those demands, like Decapitated, Origin, and Deeds Of Flesh.

Phobiatic are a young German death metal band that aim to combine the modern technical side of death metal with the old-school side. Fragments Of Flagrancy is the band’s second full length record, and with it the bar is definitely set high for bands seeking to bring catchiness to the technical death metal arena. There are sweep-picked guitars, smooth bass lines that flow underneath the angular riffs, drums that help accent the ever-changing time signatures, and the standard death-growls. There are some insane time-changes, like the third track, “Ripped To Shreds”; you don’t really know where the song is going to head until you’re already a quarter of the way into it, but the execution is handled with surgical precision. “Downward Spiral” is a pretty frantic sounding track, with some fast-paced guitars that alternate between chugging and odd clashed notes; even when it slows down, “Downward Spiral” loses none of its intensity, and gives off a Nihility-era Decapitation vibe.

Not content in simply showing how good they are at their instruments, Phobiatic also have plenty of groovy moments that are definitely a nod to the old-school; “Abnormal Dilation” sounds like a tune by Formulas Fatal To The Flesh-era Morbid Angel, without necessarily sounding like a rip-off. “House In Cleveland” slows things down a bit, but is still a potent slab of groovy death metal brutality, giving the listener a break from the shrill tones of sweep-picking.

The production is up-to-par with just about any major label release you’d hear from similar bands. Really, with this kind of music it’s go big or go home when it comes to mixing and mastering, and Phobiatic have gotten a production that is topped only by their musical proficiency. It’s easy to get side-tracked by capturing the guitars, which are the real feature here, but the bass, drums, and vocals are all given an equal amount of the spotlight, creating a technical, but brutal, masterpiece of death metal. With an album of as high a caliber as Fragments Of Flagrancy, the majors would do best to pay attention to Phobiatic, as I’m confident they’re soon to be another buzz band.