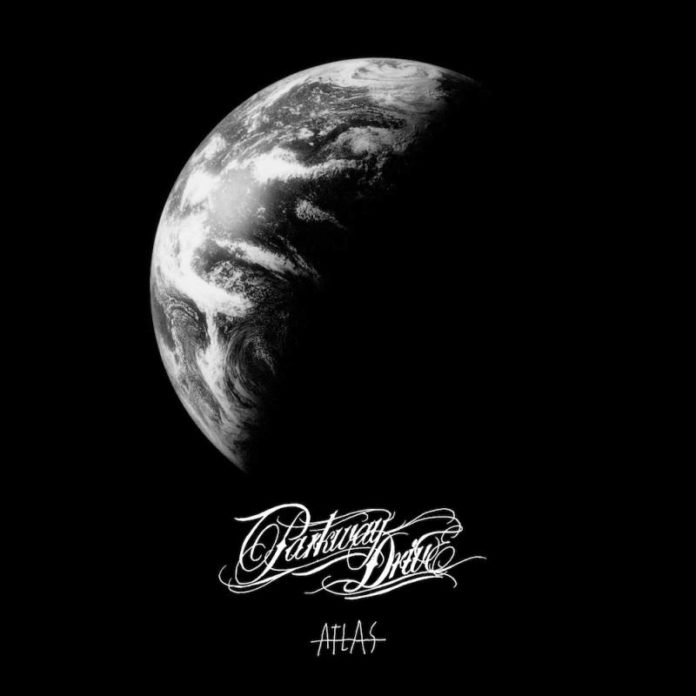 Parkway Drive took major strides with their last album, Deep Blue. A big step up from Horizons in nearly every way; the riffs were meaner, attitude darker, and songs generally more catchy. As someone who initially wrote Deep Blue off simply because I listened to Horizons and thought “Meh, a few good songs but nothing special”, it eventually impressed me when I came back to listen. Atlas, the follow up to the surprisingly-good Deep Blue, is in an entirely different league of it’s own however. If you’re a Parkway Drive fan new or old; Atlas does not disappoint.

Everything about Atlas is better than Deep Blue. Everything. The strides this Australian (!) metal band has taken in just two albums is absolutely absurd. The overall darker atmospherics of Deep Blue have returned in Atlas, and they’re done even better. A rather echoed sound-stage (the eerie kind of echo, not the 80’s glam kind of echo) really adds to the overall “feel” of the album. I’ll admit it’s not something that’s really easy to quantify or put down on paper, (“Sick riffs!” sounds a lot cooler than “Sick sound-stage!”) but it adds to the experience immensely. Vocals on Atlas are, once again, top notch. In fact, they were really fucking good on Deep Blue also, but if I had to guess Atlas will probably be the first Parkway Drive album a lot of people will hear. Believe me, that’s not a bad thing.

Oh yeah, and this album does have some pretty “sick riffs”. I mean, check out that opening to “Wild Eyes”, or “Dark Days”. Those will get stuck in your head for days on end. Parkway Drive shows that they can expertly switch between faster, almost thrashy style riffs and slower, soul-crushing riffs. The song-writing ability of the band has improved dramatically since 2007’s Horizons; there is almost no filler on Atlas. Notice how I said “almost”…the album isn’t completely devoid of them. I’ve never been completely sold on “Snake Oil and Holy Water”; but that’s really the only song I even think about skipping when it comes on. The drumming on Atlas is executed better than on most other metalcore albums; drummer Ben Gordon keeps himself a bit busier behind the kit than most other people in the genre. The vast majority of the songs on this album are great; some even fantastic. One of the best things about it, is how well paced it is. If this is your type of metal; than you’ll have absolutely no problem listening to the whole thing all the way through. Boredom never seeps in thanks to songs like “The River”, “The Slow Surrender”, and “Atlas” that help change things up.

The album itself sounds great; they somehow made it sound even thicker and heavier than Deep Blue without seemingly any of the problems that usually come from messing with good production. The best way to describe it, is to imagine the following: take Killswitch Engage‘s signature production. Now imagine that the album sounds like it was recorded in some sort of NASA deep space test chamber. The end result is as awesome as it sounds, congratulations to whoever worked on this album behind the board. The internet tells me it was Matt Hyde who works on everything from Metal to pop-punk, but there were probably others as well.

Atlas definitely does not  disappoint if you’re already a Parkway Drive fan, and if you’re not there’s never been a better album to checkout.

The Veil – An Electrical Sun