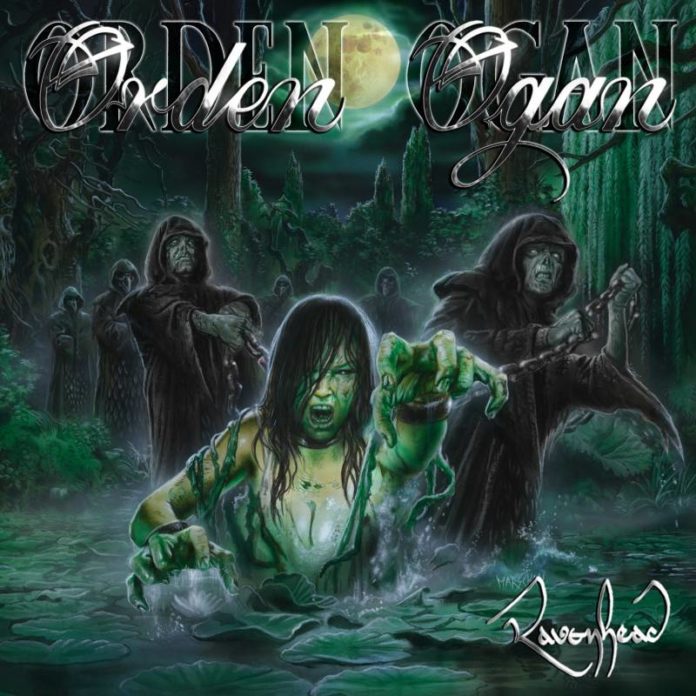 Fantasy is a very prevalent theme in power metal, inspiring not only the lyrics but also the shape and direction of the music, generally giving the feeling of a grand quest. It is seen in the likes of Blind Guardian’s Nightfall in Middle Earth, Dream Evil’s Dragonslayer, and countless others. Orden Ogan are no strangers to fantasy, as they have demonstrated in the conceptual work of their previous outings, as well as in their latest effort, Ravenhead, continuing to spice up the genre with their folk stylings.

Admittedly, it took me a few listens to warm up to Ravenhead. Although Orden Ogan have a tendency to pre-release a killer single which makes slipping into the entirety of their sonic landscapes much easier, this was not the case for their latest work. The flagship single, “F.E.V.E.R.” lacks the massive hooks, catchy, and nearly sing-along qualities of its predecessors, and at the time it didn’t provide much substance or intrigue in terms of the story or the direction of the album. Also affecting my excitement (and, I know, “don’t judge a book by its cover”) was the fact that the art for the album is the weakest they have done, with generic hooded plague doctors and some gratuitous cleavage. Still, even if it wasn’t immediately appealing, after delving into the meat of the album it becomes obvious that it is a worthy successor to their previous work.

Orden Ogan deliver a massive, sprawling performance in a concise manner. They pack a lot of texture and character into a relatively short amount of time, keeping their songs in digestible four to five minute lengths. Staying true to form, they create the feeling of a consistent story arc throughout the album, through a natural progression in the instruments that keeps the tone seamless. The developing storyline is also achieved without being overly direct in the lyrical content unlike say, Gloryhammer’s Tales from the Kingdom of Fife (not that directness is bad, but subtlety is a nice touch).

In terms of sound, there are the usual tropes of the band with the use of group vocals, a few choral pieces, guitar work that is equal parts brutal, heavy, fast and high strung, and some slow acoustic intros mixed in for kicks. Also, the production values are solid, with all the different aspects of the music shining through with nothing getting pushed too far forward or too far back. While the overall style may be nothing new for Orden Ogan, the mood they bring is much different, making the listener feel like an observer of a twisted cult in medieval times, only capable of standing back and bearing witness to the madness.

Overall, Ravenhead may not be as instantly attractive as its older siblings, but once you get settled in with it, it becomes apparent it is cut from the same cloth of audible goodness, complete with its own arsenal of unique patterns and designs. If you’re a fan of the band, or of the power metal genre, Ravenhead is certainly worth your time, as it carries on with the band’s precedent of mysterious storytelling and bombastic playing.

Solid musicianship and story development accompanied by an awesome and consistent tone.
Nothing too new or fresh for the band; Unappealing at first glance.
4