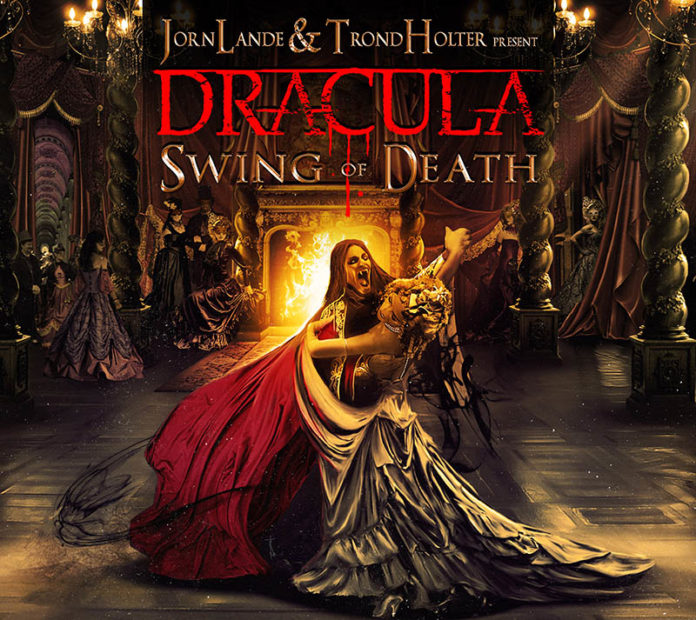 I have a thing for dramatism. I like it when productions are larger than life and the performers go out of their way to deliver a grandiose show. It doesn’t necessarily have to be a visual thing (although that helps) since a performance alone, even when listened through my headphones, can deliver that type of grandiosity. In general, musicals and operas aim at achieving that; Wagner’s “Ride of the Valkyries” from The Valkyrie, the overture to Byzet’s Carmen, or even just songs like “Do you Hear the People Sing” from Les Miserables or “The Point of No Return” from The Phantom of the Opera, are all aimed at creating an epic feel in the listener. It is, of course, no coincidence that heavy metal has always embraced the grandiosity of its forefathers (it’s not for nothing that Wagner gets credited as heavy metal’s grandfather) and the theatrics of genres like black, power and epic metal owe a lot to them.

Occasionally, some musicians decide that the pomp should go beyond just being influenced by others’ epic projects, and decide to embark on their own. This is, precisely, what Jorn Lande and Trond Holter decided to do with Dracula: Swing of Death. I’m sure I wasn’t the only one who was skeptical about this; since Twilight and Vampire Diaries everyone has been trying to cash in on the vampire craze, and so I was afraid that maybe Dracula would be just that, an opportunistic and mediocre project. So, even though I’m a big fan of Jorn Lande, I braced myself for the worst. As it turned out, my fears were completely unfounded.

Following what the likes of Trans-Siberian Orchestra did with Beethoven’s Last Night, Dracula is a rock (and occasionally metal) opera, and a great one at that. Despite Jorn’s enviable career as a metal singer (his performance in Avantasia’s The Scarecrow was one for the ages) Dracula does not fit squarely into heavy metal, and often embraces a more rock-y feel. This is not a bad thing, since it truly works with what they’re doing, and perfectly conveys the grandiosity of the story. Jorn’s voice is just wonderful throughout the whole thing, and he exhibits the kind of power that his fans are accustomed to, and I’m sure that any fan of his work with Avantasia will be delighted to hear it. Still, although on his own Jorn is still amazing, it is when he brings in Lena Fløitmoen Børresen, an otherwise relatively unknown Norwegian singer, that he truly reaches his full potential. What these two performers accomplish once they’re put together is much more than the sum of its parts, and it’s more than enough to blow you away. Their duet in “Save Me” is so amazing that I don’t seem to be able to get tired of it, despite having listened to that song several times already. I can only hope that this will open many doors for Lena, who clearly has more than enough talent to go around.

Despite its classifications as a “rock opera” though, you should know that it does depart from what you’d expect from one. There are no long overtures, no repeating melodies, nor are there many characters (it’s mostly just Jorn and Lena), nor are there any long instrumental sections. However, it is the very clear thread that unites the story that makes it impossible to label this is anything but a rock opera, even if it doesn’t comply with all of the “rules”. Although, as I’ve said, Dracula does not indulge in long instrumental pieces, the work that Trond Holter (who has already worked with Jorn in his solo act), Bernt Jansen and Per Morten Bergseth did in guitars, bass and drums, respectively, cannot be praised enough. The occasional (and brief) instrumental sections make their talents obvious, and really help to push the story forward, like with their Spanish vibes in “Masquerade Ball” or the bizarre Charleston-esque feel of “Swing of Death”.

The only complaints that I can level against Dracula are its relatively short length (just 10 songs, most of which stay under 5 minutes), as well as the absence of a more epic finale. Although the closing track Under the Gun is a great track on its own, I think that it fails to deliver what we have been waiting for throughout the opera. Perhaps this is a consequence of Dracula being made up of more or less standalone songs, that can work well on their own even as radio singles, which would have been harder to do if they had tried to sort of bring the whole thing home in a big and epic finale.

Criticisms aside, it had been a really long time since I enjoyed an album as much as this. For some reason Jorn has never gotten the credit that he deserves as one of the best voices that metal has to offer, and I can only hope that this really helps him the get that long overdue recognition. Dracula: Swing of Death is, without a doubt, one of the best things you’ll hear this year.

A wonderful metal opera that nobody should miss.
Jorn's voice is flawless
His duets with Lena are nothing short of amazing.
It's relatively short in length
There's a clear lack of a more epic finale
5

Awful song with horrible chorus which reminds me of Bon Jovi…or worse… It totally makes me freak out.

Admin
J_MetalBlast
Reply to  Bardo no

Hi Bardo, thanks for your comment.
Well, it always ends up being a matter of taste. I can’t convince you that it’s good any more than you can convince me that it’s terrible.
Thank you for visiting! 🙂