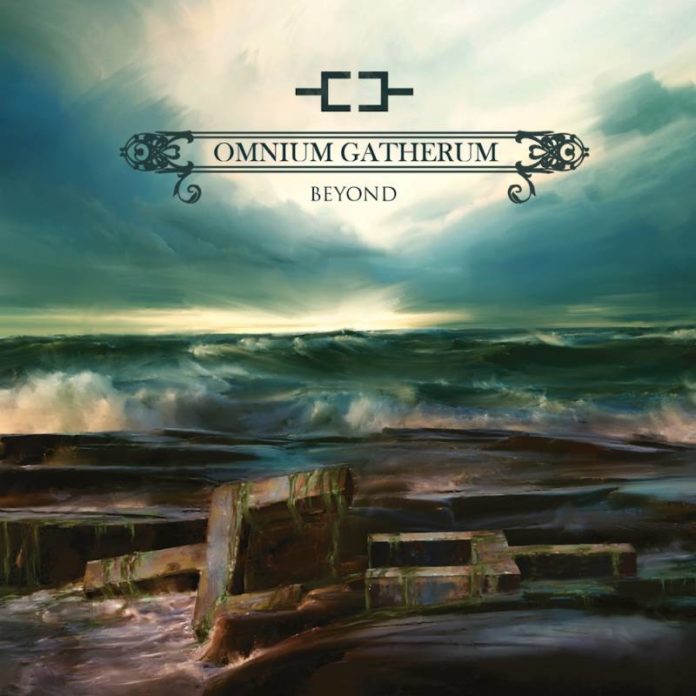 It’s hard to believe that Omnium Gatherum has been around for over fifteen years. That’s right, fifteen! In a world where a lot of bands call it quits around the ten year mark, being around for that long is no easy feat. One could assume, than, that it’s because Omnium Gatherum have such a dedicated fanbase that they can continue to melt your face off night after night. I liked 2011’s New World Shadows. Actually, I liked it a lot – I remember some of the songs being a regular on my playlists for quite some time. So when I saw Beyond on the release list for this year, I’m not going to lie – I was somewhat looking forward to it. I guess it’s a good thing I wasn’t too invested in it.

It’s not that Beyond is a bad album. If you like melo-death, chances are you’ll probably like Omnium Gatherum‘s latest offering. There are some catchy riffs, and…well, that’s about it. Okay, not really, but it’s dangerously close to the truth. Beyond‘s biggest problem, is that it just doesn’t sound very inspired. It starts from the very beginning too – the intro track is ho-hum and dull. A quiet intro followed by pounding drums and anthem- like guitars is great, it’s just that it’s been done better elsewhere. Speaking of guitars, they are easily the best part of Beyond. Showing flashes of interest more often than either drums or vocals put together; it would be easy to get lost in these catchy-ass riffs. I say would be easy, because for some reason all the good ones disappear way too quickly. It’s not uncommon for you to go “Oh fuck yes” when a song opens up, only to have things go dead after thirty seconds to a minute. Seriously, it happens time and time again. The songs “Nightwalkers” and “Formidable” sound like a great double combo, until you actually listen to the entirety of them. It seems like when things slow down on Beyond, they just get worse.

Drums and Vocals sound woefully uninspired – as if they put themselves on autopilot for the recording sessions and put their feet up. I’ll say what I’ve said in other reviews; you have to really go out of your way for death metal vocals to sound lazy. Drums are just straight up uninteresting. It bears repeating that guitars really are the best thing about Beyond by far, and even than things are spotty. Production is solid for the most part, although sometimes during the heavier bits it sort of sounds a bit muffled. It’s by no means a big deal, and to be honest I prefer that in a melo-death album. I could definitely see how some people would be bothered by it though, as I had to turn my volume up a few times to enjoy certain sections.

Taken as a whole, Beyond isn’t a terrible album. It has it’s moments, and serves as a sort of “junk food” music – it won’t offend you if it’s on in the background while you do something, and you might even find yourself humming along to some of the more notable parts. If you start to actively pay attention to it though, you’ll find that it’s just…boring.