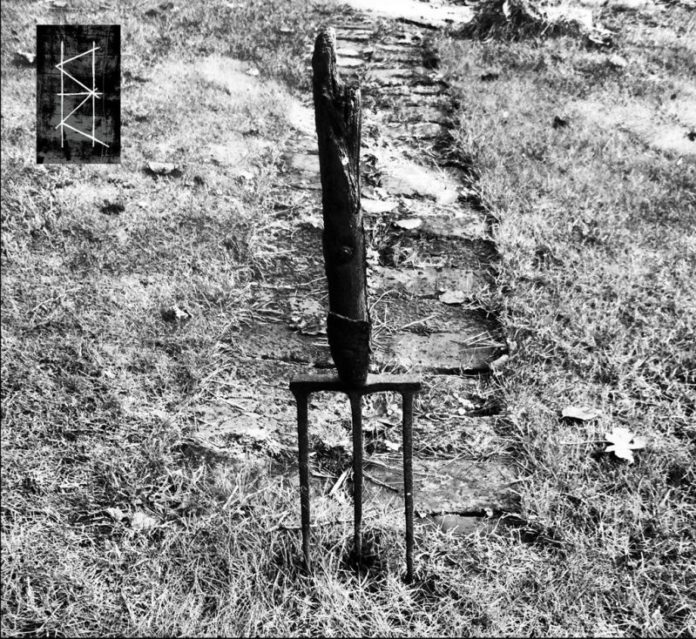 You don’t have to be a dedicated member of the Birmingham metal scene to recognise a few of the faces here. Containing members/ex members of bands such as Anaal Nathrakh, Mistress, I Am Colossus and  The Mad Caddies, Hordes is a veritable supergroup of the underground scene in the home of Heavy Metal. Usually I make a point of not reviewing bands that I know personally, mainly because I’m overly critical, but having observed this band from their very first gig to where they are now, I can happily say that I am a fan of these guys just as much as I am an acquaintance.

After hearing their first EP I was left wondering how could this band really progress or improve; I was taken roughly from behind with surprise upon listening to this. Somehow, they’ve managed to make their brand of black metal even more horrible, sadistic and just downright disgusting. The droney guitars have a fat, murky tone to them, perfect for the intended atmosphere and much more prominent than the first EP. The vocals, in charge of Duncan Wilkins (who has really excelled himself) verge on suicide BM vocals for most, but there is a huge display of variety and versatility starting with the most horrendous howling, through the creepy and perverse talking and all the way around to the guttural spewings. The performance of Darren Adcock on the drums could be easily mistaken for a machine, working as a tight and solid backbone to be built upon.

While the album runs for nearly half an hour,  you don’t feel like you’ve been left unfulfilled. Quite the opposite; after listening through it’s entirety, I had to take a break from listening to music altogether. Such is the horrendous experience of Hordes – II. It matches quite perfectly with the short story referenced by the final track, ‘I Have No Mouth And I Must Scream‘ by Harlan Ellison, which, if you’ve read, you’ll completely understand similarities of that sick-in-the-front-of-your-head feeling you get from both entities. If you don’t feel like you need to have a shower in boiling water after listening to this album, then there’s definitely something wrong with your ears

My only problem with this release is that sometimes the production cannot quite handle the intensity of all the instruments, which at times almost become a blur; and while this can be a good thing to some, when I was listening to it I wanted to hear everything that all the members were doing individually. The overall production could use a little bit of upgrading in general but, as an unsigned band, you could hardly expect this to sound like Anthems To Welkin…. could you?

If you like Black Metal and you like it fucking horrible then this is the band for you. I really can’t wait to see how the next record turns out, but if they progress in the way they did from ‘Hordes – I’ then it shouldn’t be long before you start seeing these guys at major festivals. I’ll be there, probably weeping. Urgh.