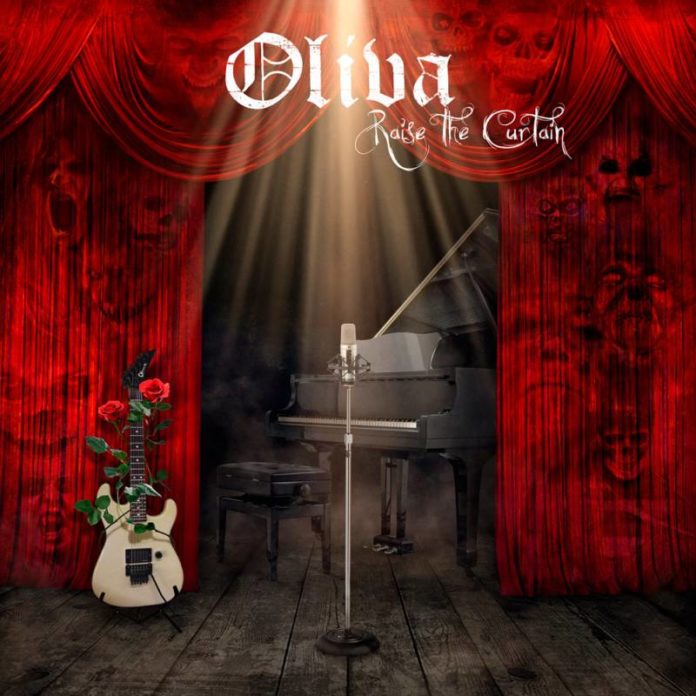 There are lots of reasons that Trans-Siberian Orchestra is as acclaimed as it is. There’s also plenty of reasons why Savatage has been decried as criminally underrated by every fan they’ve ever had. In both of those cases, Jon Oliva was one of the biggest reasons.

So needless to say I was excited to hear what the man had in store for his fans with Raise the Curtain, his first ever solo album. I knew his musical palate was quite wide, but wasn’t prepared for exactly what awaited me behind the red curtains of the album’s front cover.

What I got was a wide array of progressive rock stylings. Tracks that seem to move with the listener, laced with funk, jazz, metal, and a myriad of other influences. Though there are heavy tracks, to say this is anything like a Jon Oliva’s Pain record would be very far from the truth, the only true similarity being Jon’s vocals.

The album begins with the fairly simple, vaguely orchestral title cut, which sets the mood perfectly for the record, which then wastes no time in giving people a quick hit of metal with the distorted “Soul Chaser”, Jon’s voice playing menace in the verse, thespian come the chorus.

“Ten Years” is where the aforementioned jazz elements are on full display, with almost a lounge-like groove. One of Oliva’s strengths has always been his skill as a piano and keyboard player, which he uses to great effect here, crafting swing, punctuation, and verve along with the brass section.

It really is the most amazing thing to hear the difference from track to track, with “Father Time”, the album’s lead single, opening with interesting and inventive lead guitar work, once again from the man himself. One has to wonder exactly how much of the lead guitar work was written by Jon’s late brother, Criss, who’s last unreleased work has been used on the album. Regardless, the work is incredible.

The variety and breadth of material on display is simply astounding. No track sounds like any other and every tracks has its own life and personality. The fact that many of Criss’ contributions to the album come from well before the initial formation of Savatage speaks volumes as to why and how Jon has been able to create such a varied catalog throughout the course of his career. These aren’t just his brother’s influences but his as well. Those influences rest squarely on Jon’s sleeve, informing every aspect of these compositions.

I truly can’t say enough good about Raise the Curtain. From its immaculate production to its variety of structures and even genres, everything works and fits exactly as it needs to. This is honestly one of the best records that Jon “the mountain king” has ever been a part of. No small feat for the man behind such classics as Savatage’s Hall of the Mountain King, Trans-Siberian Orchestra’s Beethoven’s Last Night, and Jon Oliva’s Pain’s Maniacal Renderings to name a few.

So if you’re a fan of any of those bands, or are simply a fan of good, varied, progressive music, you will definitely regret it if you don’t check this out. An absolute must for any fan of good progressive rock and metal.

We recently conducted an interview with Jon himself. You can find it RIGHT HERE!