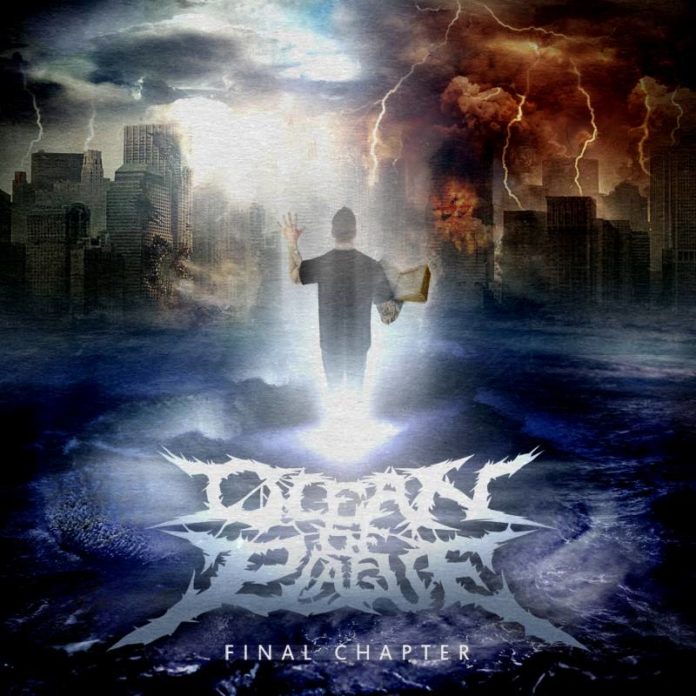 Metalcore has often been a divisive genre in metal; on one end you have the guys in Darkthrone shirts screaming “Death to False Metal,” and on the other you have the hardcore kids that just want to kung fu dance to some br00tal breakdowns. I’m somewhere in the middle; I like the aggression and energy many of the metalcore bands bring to the table, but get irritated when songwriting gets sacrificed to the god of chugga-chugga breakdowns. Too often the emphasis has been placed on writing “pit anthems,” and it has allowed for a lot of mediocrity and lazy musicianship to get pushed onto the masses.

Ocean Of Plague are a new band from Germany (a country that has produced some big names in the metalcore genre, such as Caliban, Heaven Shall Burn, and War From A Harlots Mouth) that started back in 2012 with the goal of mixing death metal with hardcore elements and a progressive edge. When I saw the metalcore label, I went in with a slight sense of trepidation; after all, I do fall into the category of “stop all the damn breakdowns” metalhead. The intro track, “This Is The…” begins with a serene guitar piece, some keyboards and ocean sounds, which creates a melancholic (but beautiful) atmosphere. Little did I suspect the absolute mayhem that was about to ensue on the next song, the title track of the album, “Final Chapter.” It absolutely explodes into a furious riff, with mid-range screamed vocals, similar to those you’d hear on an As I Lay Dying album (at least before the vocalist snapped and tried to have his wife killed… keep it classy, Tim). The change in direction literally made me jump, which I’m positive was the effect Ocean Of Plague were going for.

The riffs, drumming and vocals are all intense, but what really sticks out are the lush melodies that float over the aggressive hardcore-infused metal onslaught. Truly impressive melodic guitar work provides a perfect counterpoint to the more heavy handed hardcore aspects of the music, while still leaving plenty of breakdowns. The breakdowns are one of the things that have always frustrated me about this genre, but on Final Chapter they’re brief, and there are plenty of changes in direction and time signature to keep me satisfied. At times the music goes into an almost post-metal territory, very similar to what The Ocean Collective is doing, with melodic guitar bits that sound almost ethereal, creating an atmosphere that breathes a lot of life into the songs. “The Hyena”, for example, really stands out here, with blast beats, an almost djent-like riff that will have Born Of Osiris fans perking their ears up, but also with dream-like melodies that bring a lot of depth to the material.

The production on Final Chapter is very modern; everything is crisp, clean, and very polished. At times the vocals sound a tad too processed for my tastes, but they aren’t too much of an issue. The track layout is absolutely perfect; there is a lot of ebb and flow in the sound, which translates into a lot of movement in moods from song to song. One transition in particular that stands out is the song “We Are…” that is synced so perfectly with the end of “The Hyena” that at first I didn’t even know that it was a separate track. The keyboards use throughout the album, and which are truly heart wrenching in their beauty, are given a lot of center stage in the mix when they show up, which really adds a lot to the final product.

Ocean Of Plague might be a new band, but the caliber of material they’ve presented on Final Chapter shows a maturity that some bands take years to reach. Sure, there are a lot of breakdowns, but they aren’t the focal point; rather, the breakdowns serve the purpose of bringing the songs to a climax and heightened level of emotion, and are often coated in melodic guitar bits. After all, a spoonful of sugar helps the medicine go down.