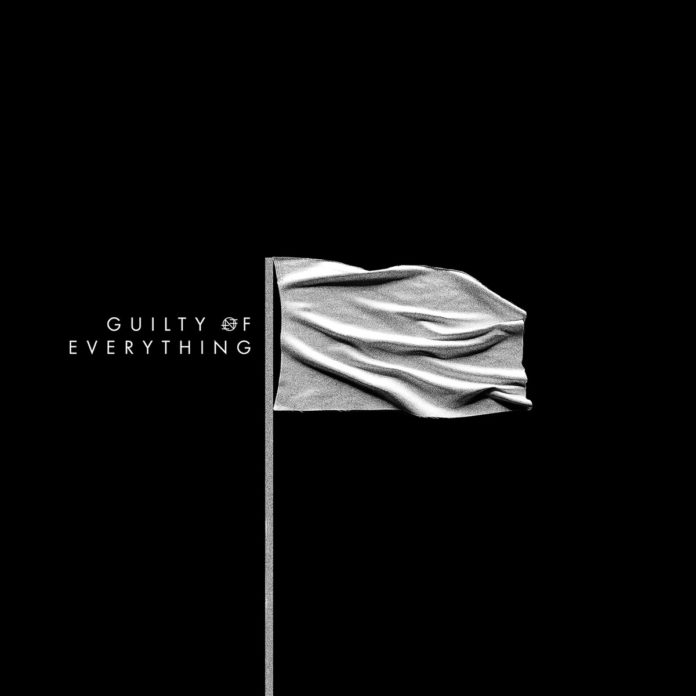 It’s hard to know who to blame for this past decade’s flood of metal/shoegaze crossover, but when the music is as good as it has been, it doesn’t really matter. Granted, for every Alcest, Deafheaven, or Jesu there’s been a horde of copycats trying to hop on the next Pitchfork-friendly trend, but you can’t deny that the ones who do this style best do it incredibly well. While Black metal and sludge share shoegaze’s emphasis on atmospherics over catchiness, so they’re a natural fit for crossover appeal, aside from Brooklyn’s resident noise wizards A Place to Bury Strangers, there hasn’t been a shoegaze band heavy enough to theoretically start a monster pit. And until Nothing, there wasn’t a shoegaze band heavy enough to wind up on a metal label like Relapse. But Nothing’s astounding debut Guilty of Everything isn’t just a good shoegaze album. It’s a damn good shoegaze album.

“Hymn to the Pillory” sets the mood immediately with airy and wistful vocals backed by a Johnny Marr jangle, but this is quickly overtaken by a monstrous wave of soaring guitar fuzz and synthesizer glimmer. Even from the first few minutes of the album, Nothing have demonstrated that they’ve been able to merge melancholy and bliss like the very best of shoegaze, calling to mind the greatest works of My Bloody Valentine and Slowdive. But where Guilty of Everything distinguishes itself from the pack of pedal-collecting imitators is in its attention to heaviness: Most mediocre shoegaze sounds ethereal to the point of being insubstantial, but Nothing can pummel as well as comfort.

Except with the riffs played at double-speed,”Dig” and “Endlessly” both sound reminiscent of Jesu, and it’s moments like these where the album really shines. Any shoegaze band with enough of a budget for pedals can make something sound disorienting and beautiful, but Nothing are able to give the recordings a necessary sense of weight. This would still be for naught if the band didn’t know how to write a good song, but their pop sensibility and excellent sense of pacing will keep the listener grounded, even while their mind is transported to places far beyond the stratosphere. Both “Bent Nail” and “Get Well” move from a faster post-punk pace to a sprawling drone within the space of their runtimes, but the band is able to make these transitions sound so natural that you won’t even notice them until you’re already locked in their new grooves. If the album as a whole had the same sense of cohesion that the individual songs possess, this could easily be an instant classic, but the title track that closes off the album doesn’t deliver the same sense of majestic climax that the opener does, leaving the album to end on a whimper rather than a bang.

In an age where multiple metal groups are looking to shoegaze for a sense of atmospherics and tone, it’s refreshing to see a shoegaze band look to metal for a sense of heaviness. Fans of hipster-friendly groups like Deafheaven and Junius will find a lot to love from Guilty of Everything, but those looking for something heavier will probably want to stick to the first couple Jesu albums for their fix. Still, even then Nothing deserve to be noticed for releasing one of the most seamless, atmospheric, and just plain beautiful albums of this year. They’ve set the bar high, and I’m doubtful that anyone else will be able to come close to reaching it anytime soon.