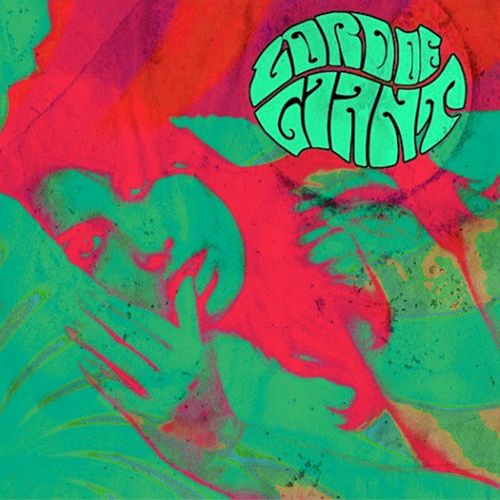 Germany has always been a hotbed for metal and hard rock, producing some of the most esteemed and influential acts in heavy metal history, such as Scorpions and Kreator. One genre that hasn’t seen a whole lot of action from Germany, however, is stoner metal/stoner rock; Mönchengladbach’s very own Lord Of Giant hope to change that with their new 7” single, “Dust Demon/Woman.”

The two tracks presented here have a very strong 70s psychedelic/hard rock vibe, without feeling too gimmicky, a feat that is achieved by an excellent modern production sense. These songs deserve to be blasted at top volume, smoke pouring from the speakers, adding to the haze that usually accompanies listening sessions of this kind of music. “Dust Demon,” on side A, is a little more classic rock feeling, with a healthy dose of your basic stoner rock a la Kyuss  or Clutch, and plods along at a medium pace, before going into overdrive in the last minute with a mammoth riff. Side B, however, is a slower and murkier affair, with a riff that easily could have been written by Matt Pike when he and his bandmates in Sleep were writing their classic album, Holy Mountain. The vocals took me by surprise, and, admittedly, are a bit of an acquired taste; the best I can describe them is a mixture of Nick Cave and Neil Fallon of Clutch, a bit more baritone than I’m used to hearing in this genre. The drums have a swing to them that makes you bob your head automatically, which is a sign that the drummer is doing his job; the bass guitar is nice and fuzzy, and does a great job of giving the riffs a solid low-end foundation to march on.

“Dust Demon/Woman” has certainly caught my attention, and while there isn’t any reinvention of the wheel going on here, the material is strong enough to make me want to delve into Lord Of Giant’s back catalogue. Lord Of Giant is being lauded as “the new hope for the German 70s rock/stoner scene,” and I say rightly so, and certainly look forward to hearing more from them.

Anthrax – For All Kings