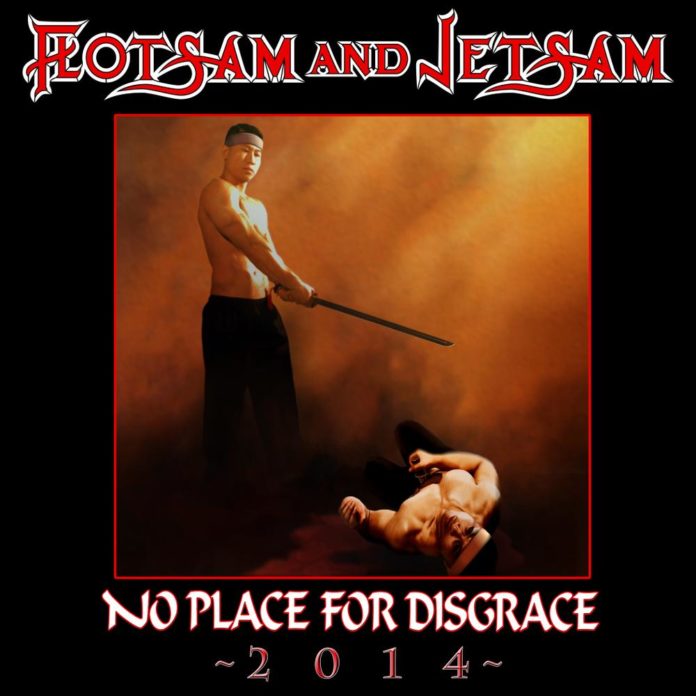 I was really skeptical about how this would go upon first being given the opportunity to review it. I mean, we’ve seen the unmitigated disasters that can be created by bands (*cough* Exodus *cough*) that try to rerecord and otherwise update their classic albums. While some of these updates have been successful (Testament‘s First Strike Still Deadly was at least interesting due to the inclusion of Zetro on a few of the tracks, and was overall enjoyable) the overall track record for projects of this nature is less than stellar.

Then there’s the whole issue of Flotsam and Jetsam‘s last full-length being a fairly average, decidedly non-thrash affair that was the subject of one of the first reviews I wrote here at Metal Blast. I couldn’t help but wonder how much of the melancholia the band was pushing on Ugly Noise would permeate this project, worrying that it could dampen the thrash mastery that the original 1988 No Place for Disgrace document had in spades.

I was pleasantly surprised to find that, unlike Exodus‘ terrible Let There Be Blood project from six years ago, No Place for Disgrace 2014 is less an exercise in shoehorning new realities in to old ideas and more a legitimate bridging of worlds. It actually works very well.

The key to the whole enterprise rests in the fact that the band has fully digested that, as great as the original album is, the band aren’t the same people who created it. I mean, yes, it is the exact same group of guys, but no one is the same after 26 years. One need only a few seconds of Eric A.K.‘s vocals to see how different he is from the howler that fronted these songs in the ’80s. The vibe of the entire band has changed drastically and that’s something that they have been able to work with.

What was once a balls-out thrash album is now closer to a traditional metal album: still quick and grooving, but now less cutting and hitting the listener more bluntly. This is best witnessed by comparing both versions of the infamous cover of Elton John‘s “Saturday Night’s Alright for Fighting”; while it was originally a bouncy, almost tongue-in-cheek and readily moshable novelty thrash cover, here it is presented as a slightly more serious but infinitely more beer-drenched bar-boogie tune. They sound like entirely different songs.

This new version is very competently produced, sounding crisp and full on all fronts. This is actually a much better knob job than Ugly Noise had, which almost makes me wonder if the guys were themselves unsatisfied with the sonic qualities of that album. Whatever happened in the production booth on this one worked amazingly well. No Place for Disgrace 2014 is a fantastic sounding album. Period.