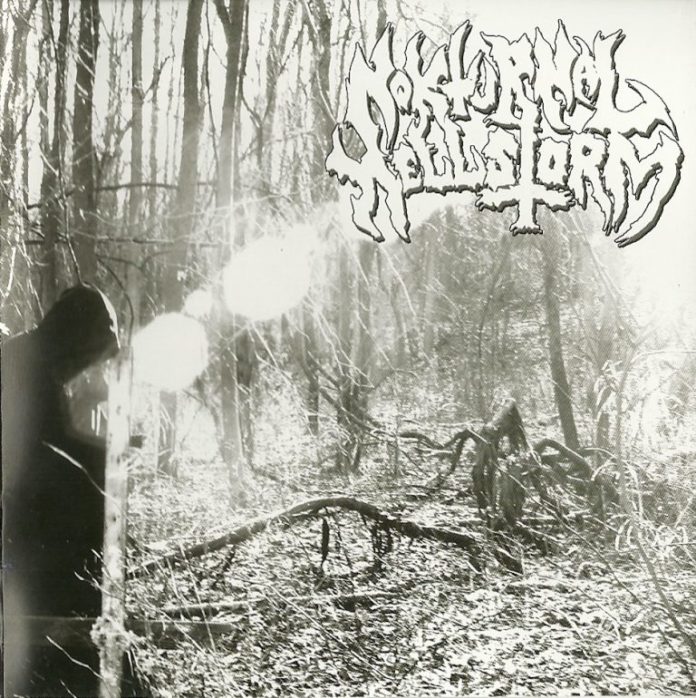 I had said earlier this week that doom metal was the subgenre most enamored with its humble roots, but in retrospect that statement’s more than a little bit incorrect. Black metal has an origin story that’s certainly worth being proud of – if not for the fantastic music, then certainly for the absurdly cartoonish levels of violence* – but the depth to which some bands and fans of the genre mythologize and worship its past and its founding figures is absolutely staggering. So many third-rate black metal bands cling to those beer-soaked Oslo basements of the early 90s with an unbreakable vicegrip that, until the black metal renaissance of the last decade, would have been easy to mistake for rigor mortis. Since then we’ve had a new wave of forward-thinking black metal bands that have dragged the genre kicking and screaming into unknown territories, often with surprisingly phenomenal results. These guys have redefined the genre into something far beyond its origins, something with an emotional heft and classical sensibility that few other genres of music are able to deliver. Nokturnal Hellstorm, hailing from the frozen wastes of Rochester, NY, is not one of these bands.

It really surprises me that in 2012, after acts like Alcest, Wolves in the Throne Room, Xasthur, or even Nachtmystium have warped black metal into something new and fresh, that so many fans of the genre prefer to forcefully ignore everything released after De Mysteriis Dom Sathanas. The classics of Burzum, Darkthrone, Emperor, and Mayhem** are the be-all-end-all for them, and they seem to view their purpose as musicians as the epic quest to lazily retread this ground, boldly going where practically everyone in the scene has already gone before. And in true nihilistic black metal spirit, this is done for nobody’s benefit – not even their own. Nokturnal Hellstorm, sporting the ever-prolific Danny Lilker,*** is one of the perfect examples of such an act. There’s nothing here you wouldn’t have heard done already (and done better, for that matter) on Satyricon’s Dark Medieval Times or Emperor’s landmark In The Nightside Eclipse. Tremolo picking, raw production, ethereal keyboard pads, and vocals delivered in a poor imitation of Varg Vikernes are abound in this release, along with some flat-out lazy composition. The riffs themselves aren’t bad – a few in the opener “Naan Kadavul” and “Eternal Wasteland” did manage to get my head nodding**** – but the way they’re put together in the songs is pretty atrocious. There’s no flow or cohesion to them at all, they just abruptly jump from one to the other – it sort of feels like they were forcefully sewn together like the limbs of Frankenstein’s monster***** rather than naturally grown from a collaborative compositional process. Almost every song on this release feels disjointed and awkwardly put together, as does the album as a whole, for that matter. Like the legions of nameless worshipers at the altar of Euronymous and Varg before them, Nokturnal Hellstorm have put forth all their efforts to release an album that has no reason to exist.

*Church arson, suicide, murder, allegations of cannibalism, you’ve heard it all before.

**And they are definitely all classics, don’t get me wrong!

***Also a member of Brutal Truth, Nuclear Assault and of course, the legendary NunFuckRitual – Jon’s favorite band ever!

*****Frankenstein is not the monster, you idiots.