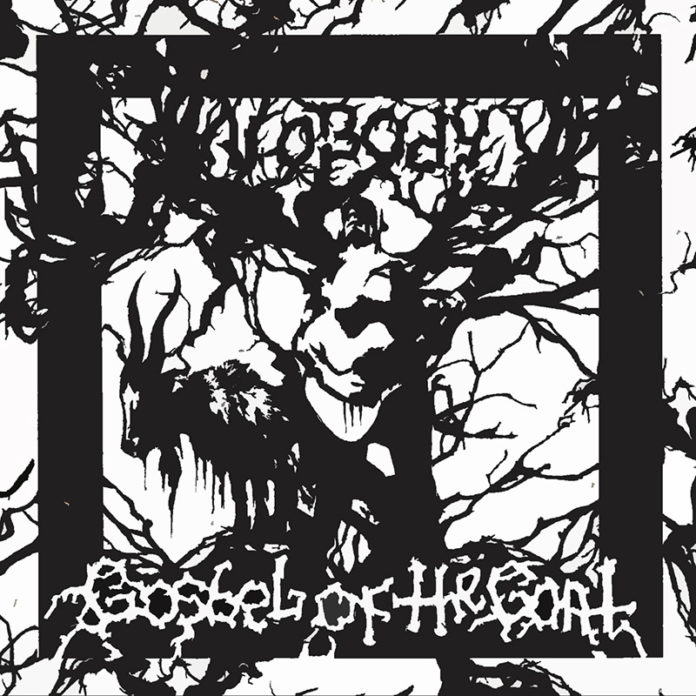 Many bands have been praised for treading new ground in a genre. The addition of new elements can revitalize antiquated sounds, while also allowing the artist to express their art without restriction. Of course, there’s always the question of how much you can dilute the original sound before you just kill any real trace of it. That’s the challenge that the Finnish one-man project of Nobody took upon itself, trying to see if you can make “acoustic black metal” work. So, can acoustic strumming be effectively accompanied by shrieks and growls? If this album is anything to go by, then not really.

The biggest problem with Gospel of the Goat is that it just sounds ridiculous. He manages to create a grim atmosphere with his guitar (and only with his guitar, since there are no other instruments present), playing some moderately interesting melodies in the background. But when he starts to “sing” it just becomes unlistenable. It’s like nails on a chalkboard.

Since shrieking and growling involve a level of power and potency that simply cannot be adequately matched by an acoustic guitar, singing here is done in a “whispered growl” that sounds like someone is fighting a cold. There are times when it legitimately sounds like there’s some phlegm bubbling in the back of his throat (around halfway through “The Feathered Serpent,” if you want to find it) which just contributes to make this an unpleasant experience.

Nobody certainly deserve praise for wanting to try a novel approach to black metal. But that’s about it. As far as the results of the experiment goes… I guess it’s back to the drawing board.

Nobody – Gospel of the Goat
THE BOTTOM LINE
Though mixing black metal and acoustic guitars might sound good in theory, "Gospel of the Goat" is a good example of why it isn't.
Reader Rating0 Votes
POSITIVES
The songs are short and there's only 5 of them
Some of the melodies are good in creating a grim atmosphere
NEGATIVES
The singing is like nails on a chalkboard
It sounds ridiculous
1