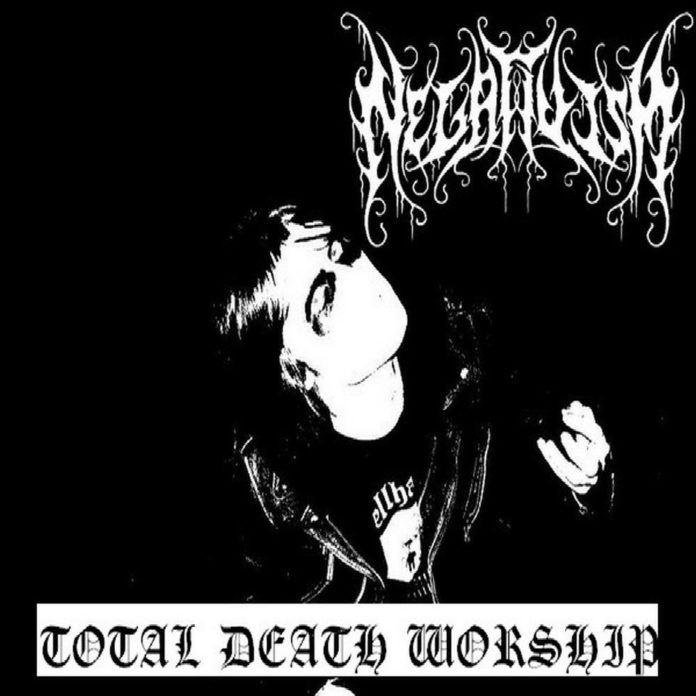 Sometimes it’s a hit or miss with bands and their early stuff; usually their sound has yet to be defined as they have yet to mature or make any sense at all from a musical standpoint. What’s great about Negativism is their surefootedness in what they are doing. This is stuff is unapologeticly black metal, sure footed as a mountain goat.

The album starts off with a bang and ends with one, the cacophony of noise is like taking a fully loaded musket to the face. The barrage lasts from the beginning of the song until the end, rarely, if ever taking a moment to slow down. The sound is carefully crafted mix of lo-fi of early Mayhem and the atmosphereric openness of Emperor.  While only a short sample at five songs, Total Death Worship proves Negativism to be apt pupils in the school of black metal. What sounds really friggin awesome is the gritty recording style of the album, as it really lends itself to the music, amplifying the heaviness of any given song. The best example of this is the double bass barrage of “Nothingness”; the open reverb on the drums lets the kicks flow into themselves and they actually seem as if it were one thumping low frequency tone being played along with the music.

However, the real shining gem of the album for me is “Dead…”, it showcases a very mature and progressive approach to instrumentalism that in my opinion, is the next step for the band; it’s a complex and layered sound that manages to be familiar yet still fresh in its approach.  While most songs on the EP paint with very dark and abrasive colours “Death…” takes its time to build to a steady climax, often brushing the musical landscape with greys and whites, leaving the ears with the musical equivalent of a visit to the Louvre. The only complain that I can find at all to say about Total Death Worship is the vocal intro to “Natural Selection Process”. Whether intentional or not, it sounds too much like the sound the invisible creature makes in the movie “Evil Dead”.

Without a shred of doubt, Negativism show great aptitude for what they do and Total Death Worship makes sure to nail them to the cross on black metal’s “Next Up List”.