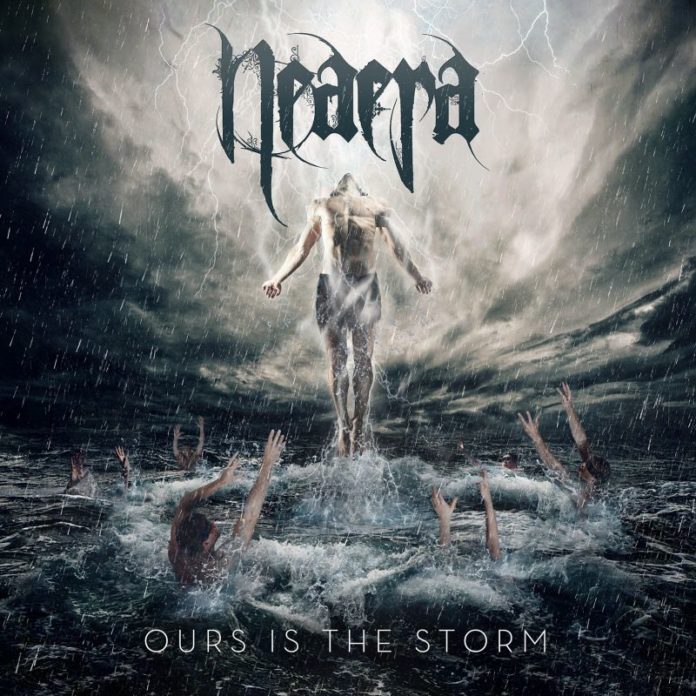 If you excuse Heaven Shall Burn, there’s not much Melodic Death Metal coming out of Germany, so a lot of pressure falls on Neaera to represent their homeland well. Well, do these guys not mess about?

A small introduction piece leads straight into the hectic maelstrom of the album’s title track; Ours is The Storm. Not afraid to throw some seriously heavy and catchy, riffs down juxtaposed with some melodic, breakdown style choruses and straight back into the brutal riffing with barely any time to breathe, this whole album carries a true burning ferocity. That and, of course, the fact that every other riff is NOT open chugging in time with the bass drum. Thanks again for that Lars….

A good bit of variety in the vocals on an album like this goes a long way. Sticking mainly to his awesome high-pitched screaming, Benjamin Hilleke cures what could have quite easily become monotonous and boring by adding in some death growls and mid ranged hardcore vocals. This is definitely a clever move and a plan which the rest of the musicians seem to have followed: the drums aren’t all blastbeating and constant double kick, the guitars aren’t all breakdown sections with the occasional ring out and sparse riffing. All too often in albums like this the band clings to a good idea and squeeze the life out of it, losing all the spark that could have been capitalized on if they had just gone with a bit of variation. This album doesn’t, not by a long, long way.

While it’s quite hard to pick the best track, as they’re all pretty killer, the song that grabbed me the most was ‘My Night Is Starless’. Arguably the most mid-tempo song on the album, it still manages to maintain the intensity that is constant throughout the record by replacing the ferocity with epic sounding clean guitar sections and some awesome dynamics.

The only negative that I can see in this album is that it has SO much potential it falls a little short of completing the massive challenge it has seemed to set itself. I want so much for this to be the best album I’ve heard in years and, at times, I really thought that it could be… but it lacks something. I wouldn’t even know what to suggest to add, there definitely IS something missing and even though it’s only slightly detrimental to the album as a whole, whatever it is stops this brilliant offering from being truly great. Maybe it’s just a bit of band maturity that will come with time and more albums but I’ll definitely be there to find out if they manage it with their next attempt.

So, a smashing and crushing full lengthier from Neaera which is definitely well worth a buy and not just a listen on YouTube. There will be countless riffs and subtle vocal melodies which only become apparent and appreciated after a good few hours of listening. Take my advice, you need this album.