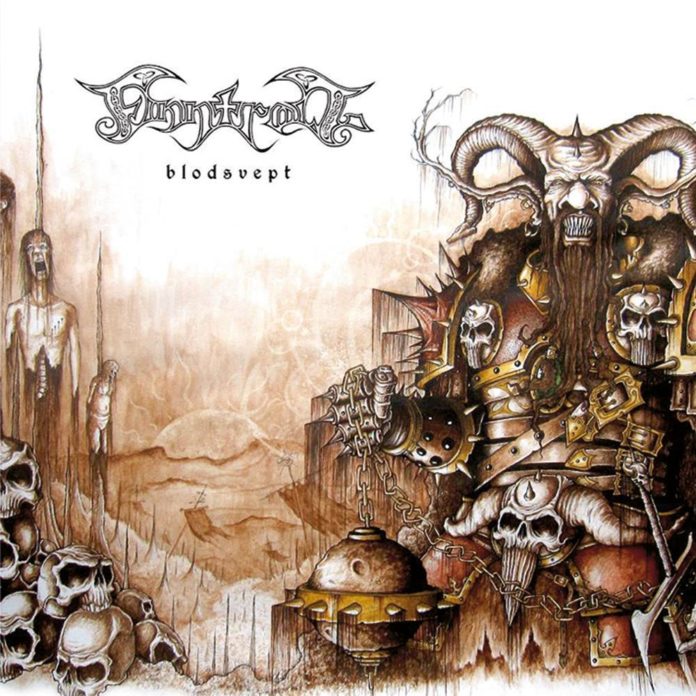 Good Folk Metal requires a careful balance. Too much Metal, and it loses its charm and becomes just your run-of-the-mill Extreme Metal. Too much Folk, and it becomes gimmicky to the point of being unlistenable: worthless to anyone seeking more than a laughable novelty. One of the most adept groups when it comes to achieving and maintaining this balance is Finntroll. On this, their sixth album, they give the listener a crash course in how to make effective, solid examples of the genre, with only a few departures to show him or her what not to do.

The titular opening track could be a summary of the whole album: Solid instrumentation, searing production work, and a general ethos of a tavern somewhere between medieval Finland, Middle Earth, and Hell. Vocalist Vreth is a definite stand-out on this album, his voice fitting the music perfectly, and being the prime motivator for the listener to lose themselves in the album. I couldn’t get into what he was doing on Ur Jordens Djup (His debut recording with the band), but he really seems to have settled into a groove and is really opening up the compositions.

As I said previously, there are a few distracting departures here and there throughout the album: moments, which only last for a few seconds at a time, but which leave the listener a little shell-shocked by the shift. The first of these moments is in the song “Mordminnen”, where the beginning of the song sounds more like a horn-heavy Polka composition than a Metal song, and makes the shift back to heavy guitar and guttural vocals very jarring. It only lasts for a few seconds, but it’s enough to throw off the general groove and feel of the album up to that point. Other moments like this, where the band briefly loses that Folk/Metal balance, crop up here and there throughout the album and keep it from being as good as it very well could have been.

Are you a Finntroll fan? Then you aren’t going to find anything wrong with this. Purchase it now. Are you a Metal fan in general? Then you may find the album a little distracting. Try to sample before you buy.