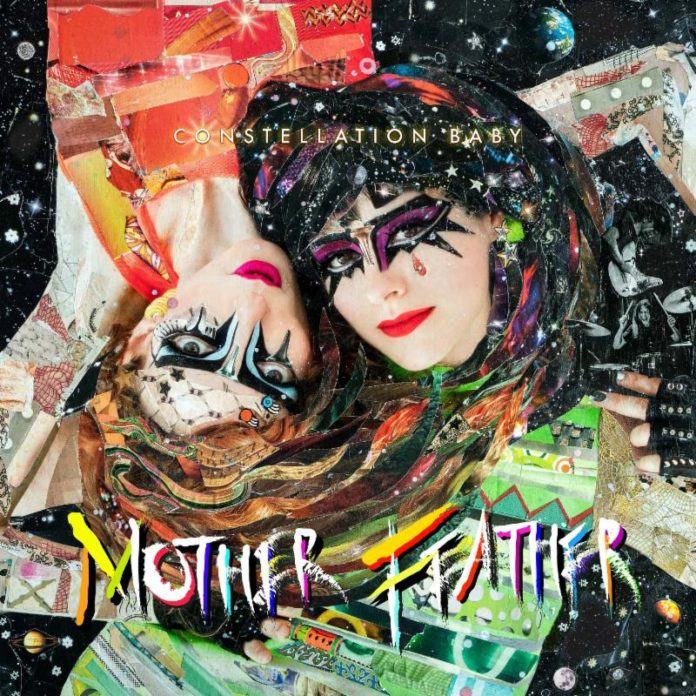 Following a trend that started with their debut in 2016, Mother Feather continue to piss off a segment of metal fans who flock to their videos to downvote them and cry that “they’re not metal.” While this last comment continues to be true in their new album, Constellation Baby, at least in the sense that they can’t possibly be placed in any definition of “heavy metal,” the band continues to not give a shit and to stay as part of Metal Blade‘s roster.

While I sincerely enjoyed their 2016 debut, with some of the songs becoming part of my “everyday playlist” (“Mirror” and “Living, Breathing” are simply terrific) my enjoyment of Constellation Baby wasn’t nearly as high. This might be simply the result of the band doing little to actually sound better than they did in 2016, at least when it comes to any semblance of an evolutionary process in their music. Too often it seems like we’re listening to tracks that didn’t quite make the cut for their debut, and which were just haphazardly assembled into a whole new album. This might not be too far from the truth, since at least some of the songs date back to that time.

Although the album packs a couple of fun tracks (“I.C.U.” and “Totally Awesome”, to be precise) their fun factor is not nearly powerful enough to carry the entire album on their backs. It’s not that the rest of songs are bad (at least not all of them) just that they sound so generic and forgettable that I have a hard time recalling them, even though I’ve listened to the album several times.

“Constellation Baby” also suffers from a lack of cohesion, showing a band that seems unsure of what it is trying to do. Namely, they flirt with power ballads in “Constellation Baby” and “I Blow A Kiss,” while also trying to stick to a party glam-rock vibe that only seldom manages to entertain. In fact, they often go back to what I referred to in 2016 as  the credits’ song for coming-of-age movie, being something that you can tap your foot to, and even hum along for a minute or two, but which you forget as soon as the song is over.

Although Mother Feather are a very talented band, and I sincerely wanted to like this album, “Constellation Baby” really fails to meet the bar that they themselves set with its predecessor. I hope that, in the future, they will find their path once again.

Catchy at times, but with little positive changes compared to its predecessor
Reader Rating1 Vote
Catchy tunes like "ICU" and "Totally Awesome" are fun, and very promising as live tracks.
Mostly forgettable songs
It struggles to find its own sound
3