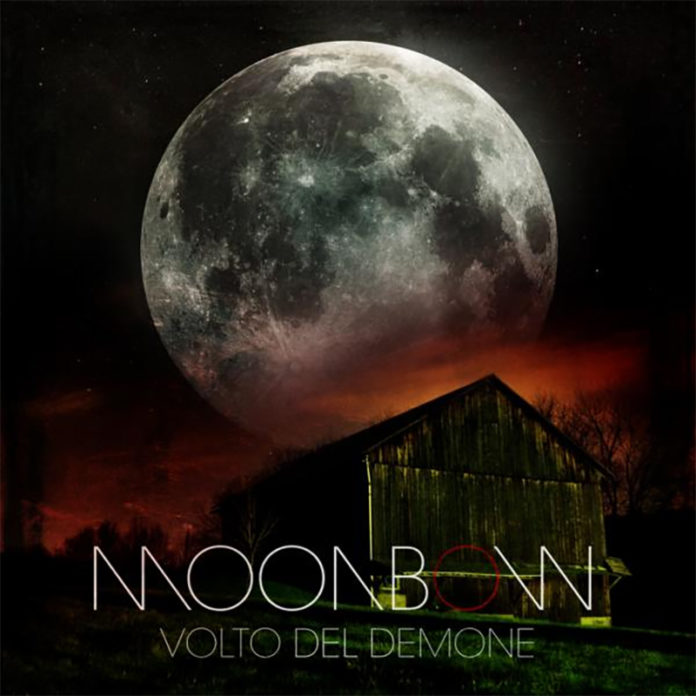 A high percentage of American heavy rock bands draw inspiration from blues and country rock, so the decision of Moonbow (who fall into the former category) to do an ‘acoustic album’ isn’t as far out of left-field as, say, Opeth‘s Damnation.  What’s more surprising is that after deciding to go that route and building some hype on being a heavy rock band doing an acoustic album, they don’t keep it pure. Already by the first track you can hear an electric guitar slide in as soon as they realize they can’t summon up the harshness they want by resorting solely from natural tones.

If you’re not too nit-picky about a band sticking to arbitrary and self-imposed rules, there’s some enjoyment to be had with Volto del Demone.  Although standard country twang is present in most of the songs, there are also times when it gets dropped down to a broodier vibe. Neither the twang nor its darkening are big twists, but it is enough to feel somewhat fresh when put up against the legions of heavy rock bands for whom chunky riffs and fuzzy bass are all they need to put into a song to be satisfied.

That said, once the album’s style and tone are established, there’s not much else there. The maudlin moodiness comes on so persistently that after a while it starts to feel like a parody, an impression reinforced by how the band leaps back up to attentive enthusiasm whenever a more up-beat song does come along (“Mission 35” serves as a good example, positioned about two-thirds of the way through the album to provide a kick of energy for any listeners who might have dozed off by then).  But most of the novelty for Volto del Demone (aside from Hank Williams III showing up for the last track) is in the band playing outside of its usual fare, and the tunes here just don’t wander far enough from their comfort zone to draw much attention.

Are the songs done well?  Generally, yes.  None of the performers seem to be phoning it in, but there’s little to indicate a real passion for what they’re doing. Is the album anything special?  Not particularly.  It amounts to bluesy heavy rock rolled around in a country rub for extra flavor, too busy making sure the styles are balanced to hit upon a new combination of those tastes.  While it might have a shot at growing on people over time, first impressions don’t seem likely to draw most of them back for those subsequent listens that might cement it in their memory.  It’s not clear what Moonbow could do to improve this style, if they chose to pursue it, but cutting the electric guitar cord would be a good first step towards real innovation.

IN A NUTSHELL
Those looking for doom-tinged blues/heavy rock might as well give it a try, considering how slim their pickings are.
POSITIVES
An uncommon blend of styles
Fairly clear musical aims
A possibility of this somehow getting slipped to mainstream country music fans
NEGATIVES
Not much variation
A little too much weariness
An under-utilized H.W. 3rd