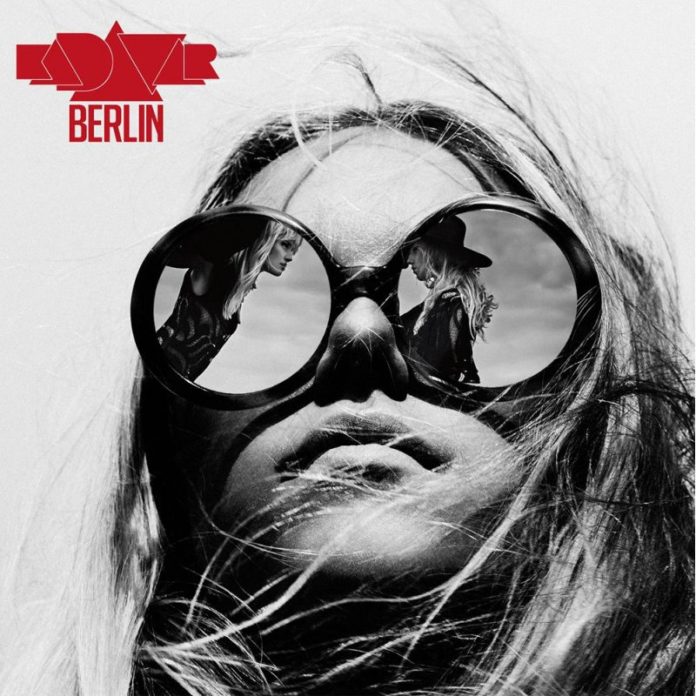 It’s been two years since Kadavar‘s last studio album, Abra Kadavar, and the departure of founding member and bassist Philip Lippitz and the arrival of his replacement, Simon Bouteloup.  While Abra Kadavar had a strong kraut-rock flavor, edging into prog at times, Berlin finds the band indulging more fondness for straight-forward ’70s rock, with arena-ready choruses and familiar-sounding riffs pulled from dusty leather, given a quick rinse, and lightly retooled for modern audiences.  Whether it’s from Bouteloup‘s effect on the group’s dynamic, the new line-up’s experiences touring together while recording Live in Antwerp (released last year), or just wanting to move in a simpler direction, the changes are striking.

This being their third album in the throw-back rock vein, Kadavar seem fully aware of how to work their dynamic, to the point where it almost seems gimmicky despite the long-haired earnestness.  With an eager audience that apparently wants little more than a slight adjustment of what was happening four decades ago, it’s hard to fault the band for avoiding the sales slump that could be induced by getting too experimental. So the tambourines jingle, the cow-bells clang, and the songs stay the same, because that’s what (some of) the people want.  A bit more volume, cleaner production, and an intentional fuzz for the guitar are the most evident elements separating Berlin from the music that inspired it, and those differences are slight.  On average, the album leans more towards the likes of Thin Lizzy or Rainbow and further from the kraut/prog, with some accelerations into shredding thrown in to push things along whenever the simple crunch chords get a bit too tiresome.

On the technical side, as long as the commitment to yesteryear is taken as a given, they’re not doing too bad. A little warm grit for analog evocation doesn’t disguise the crispness of the performances and subsequent mixing, and the rhythms stay on point in the consumer-friendly songs (all but one of which stick to the 3:00-5:00 range).  It’s all so well-mannered, in fact, that for all the buzz they might put into the guitar, or however many strangle-hold solos they deliver, things are just too clean. The dive bar sloppiness of the bands from whom they take so much direction has been scrubbed and buffed away, resulting in an album ready to be featured on the front page of the iTunes store. The situation is reminiscent of the shaved-down arena rock acts of the ’80s which tried to squeeze a little more juice out of the already-antiquated biker rock image, though at least now they don’t have MTV as a platform.

This isn’t to dump over the contents of the album, just the spirit behind it. There’s style in the playing, but it’s a style that feels so heavily co-opted as to leave you wondering whether Kadavar had any room in the songs for their own influence to make a mark.  And sure, by the metric of modern bands who’ve chosen this style of retro rock as their avenue, Kadavar are doing a pretty good job in pulling it off.  But the whole thing just keeps raising the question of why musicians with such clear talent (and space for twelve songs) can’t find room for something new.

IN A NUTSHELL
Don't go into it expecting any creativity, and you might be pleasantly surprised.
POSITIVES
Sturdy songs
Room for expansion when played live
A decent intro album for those new to heavy rock
NEGATIVES
If you haven't heard this sort of thing before, you can trawl your local record store's bargain bin for albums from the '70s with cover art featuring long-haired guys with their hands on their hips" to get a similar experience.
3.5