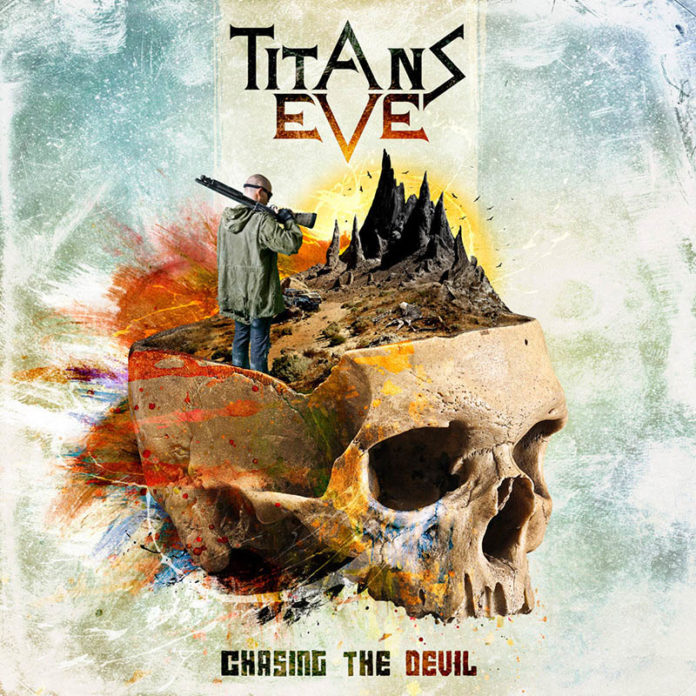 First off, I gotta say that Titans Eve is a great name for a band. I had never heard of these Canadian boys before, but apparently Chasing the Devil is their third studio album which makes me wonder how come they had hidden right under my nose. They identify as a combination of thrash and doom metal, but as far as I can tell they are much more ingrained in the thrash pool with maybe speckles of doom here and there.

Chasing the Devil wasted no time in informing me what it’s all about. Things kick off with a swelling guitar that the rest of the band erupts from in a burst of energy that put a smile on my face. The feeling of energy and oddly upbeat vibes never fades from the sound and it is one of the best qualities of the album, as it seems like Titans Eve actually had a lot of fun and enjoyed producing their music.

Taking inspiration from the likes of Annihilator and Metallica, they deliver a performance with a heavy and welcome instrumental focus. Sections of face melting shredding, medium paced flowing grooves, and slower, intricate build ups are the meat and potatoes of the sound. They are combined and structured in a way that demonstrates a clear sense of direction and purpose that left me in anticipation to hear what would come next while rocking out to what was currently playing.

While they may be falsely advertised, there is nothing phony about the passion that Titans Eve brings to their performance. High energy and well thought out execution are the cornerstones of the album, and they also make me curious and hopeful about whether they can reproduce their efforts live.