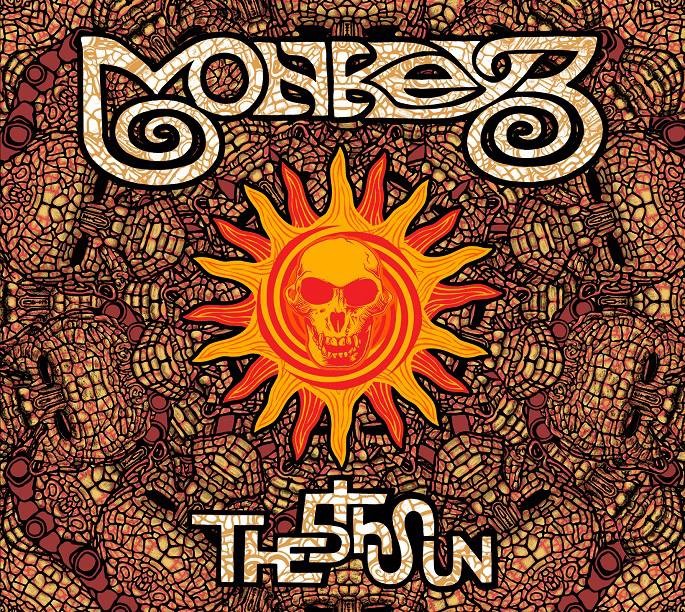 When was the last time you really got a chance to use your imagination? If, like me, you’re unable to escape the icy, cold grip of adulthood, then it has been many, many years since you have felt that you were really able to explore the creativity that you could once bring forth with nary any effort. It has been so long since I have had that longing for something that only my mind could cultivate; something so original and vivid in my minds eye that I would swear it was really a part of our reality.

This is where Monkey3 comes in by kicking their imaginations into overdrive.

Imagine a marriage between sludge heavy hitters Isis and the instrumental mindbenders of Explosions In The Sky, where there is no shortage of original ideas.  All six songs are not only made for the purpose of creating a unique sound for themselves, but Monkey3 also gives you a blank canvas to create your very own narrative or fantastical visions through a plentiful bounty of melodic leads, stampeding, forward thinking percussion, and enough atmospheric nuances to make you think you’re on the rings of Saturn (no, I don’t mean the terrible deathcore band).

In The 5th Sun, you are taken into a journey of instrumental psychedelic and stoner rock, combined with just the right amount of atmosphere to get you off of your ass. The opener, “Icarus“, is an excellent introduction to the musical world of Monkey3, giving you a perfect 15 minute blend of the aforementioned soundscape. However, and just to keep you on your toes, things take a turn for the heavier side on “Suns“, a song clearly composed to be a rock driven opus. From then on, each track switches its main focus from atmosphere to psychedelic rock, giving The 5th Sun an excellent overall balance of sound. Also, I am willing to bet that I won’t be the only one to think of “Sober” by Tool during the bass line of “Pintao“.

Now, I know what you’re thinking: is there anything else that is special about this album, other than its mixture of atmosphere and rock? Of course there is, and that is the masterful production value.  Not once has any single instrument overpowered another element of the music, and that is absolutely critical when it comes to a 49 minute instrumental rock album. One particular aspect that really caught my ears was how the guitar leads are presented to the listener. They are all incredibly crisp and clear, yet give an energy that is hard to come by in this day and age in plastic-by-the-numbers music production.

I’ll admit that I was afraid that Monkey3 were going to be handing me a god damn cheese factory with The 5th  Sun, but much like I was with their labelmates My Sleeping Karma, I was not only pleasantly surprised by how much I liked it, but each time I listened to it I found my imagination coming to life, bringing forth all sorts of tales with it.  I can’t even begin to tell you how many times in a row I listened to this album after it was given to me.  There is just so much here to take in, and when you put it all together and realize the majesty that had gone into the crafting of each song, it seems quite alarming that I haven’t heard of this veteran band until now.  Trust me, if you are a fan of this type of psychedelic/stoner rock, then The 5th Sun is definitely for you.

Thank you, Monkey3, for helping me rediscover my imagination.