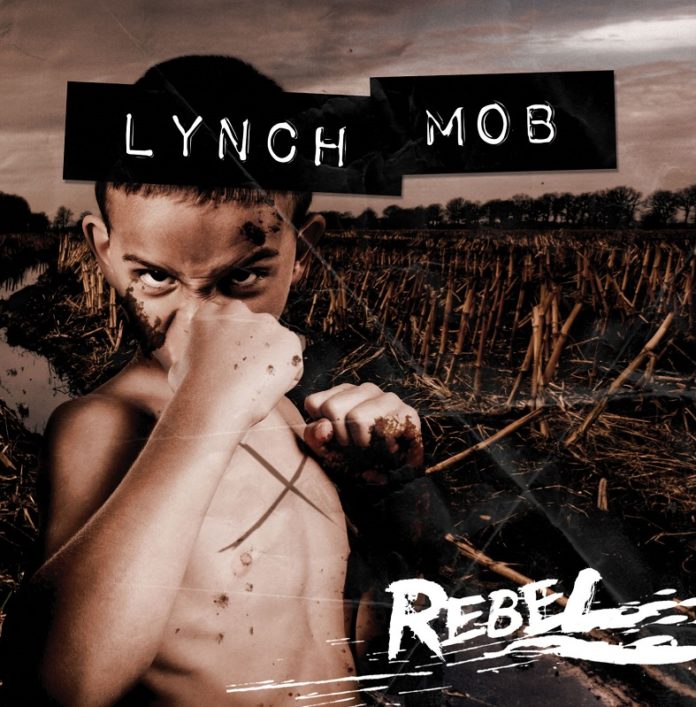 I may have never lived through the eighties, but Lynch Mob’s Rebel certainly creates flashbacks of the era and not necessarily in a good way. With a lot of fat guitar riffs, slow paced, heavy percussion and long drawling vocals, it conjures the image of some heavy set bikers sitting around in a seedy bar drinking out of smudged glasses with beer foam clinging to their wiry, graying beards. Not only does this imagery makes my skin crawl (no offense to our biker readers), but also the constant tone makes for a monotonous performance that feels like it has been done a million times before. While there is nothing wrong with an unvaried performance, there is something wrong when what is available simply doesn’t sound good.

The instrumental side of the record appears energetic and has some good ideas in it, with George Lynch reliably building up the sound and shredding out some solid solo work. The bass also has a welcome, forward presence, adding a little heavy and dirty flavour to the sound. I’m reminded of Queensryche’s self-titled album, in the occasional blurred lines between classic and modern playstyles.

The above being said, there is an aging dinosaur of a concept within the album that tends to drag everything else down into the tar pits: the vocals. They are long and dragged out hitting at a consistent mid-high glam tone that is a bit grating on the ears. For some reason, the rest of the band decided to accommodate for the lagging tempo by slowing down and fuzzing up their playing just to keep everything in step. It doesn’t help that at times the lyrical content seems to come from possibly the shallowest of gene pools, particularly misogynistic song “Jelly Roll” (which might be a metaphor for the lead singer’s manhood). If you’ve tuned into hit radio recently, you may be familiar with the song “Hey Mama” by David Guetta, in which Nicki Minaj glamorizes typical gender roles; well, “Jelly Roll” gladly provides the male counterpart to that monstrosity.

There are a lot of good ideas that are coupled with some talented playing in Rebel, but there are also some ideas that slow things down and bring the performance into drudgery. A noticeable precedent is set on unshifting concepts and morals that not even spiders bother spinning their webs around. For fans of the band, Rebel will provide instrumental satisfaction with a hint of vocal disappointment; for those with merely an interest in the band, however, perhaps it would be better to look into their previous work.

IN A NUTSHELL
If you like them, go wild; if you're not familiar with them, however, this is one to skip.
POSITIVES
Solid musicianship and energy
NEGATIVES
Awful vocal and lyrical content
Nothing new, at all
2

I find it funny that you can criticise the vocals, yet many of the albums with good reviews are of death metal trash. You are idiots for criticising the vocals of this album and praising the “vocals” of gut metal. If puking into a mic turns you guys on, you shouldn’t be allowed to have the gift of hearing. What a joke of a website.

From the review….it’s OBVIOUS the writer didn’t grow up in the 80s. Or he would have an appreciation for kick ass metal. Metal that doesn’t have to have some goon croaking out cookie monster type vocals to come across as heavy. I stopped reading half way through the first paragraph. It’s obvious this dude had no business reviewing Lynch Mob. Because it’s a type of music he obviously doesn’t have a clue about. There’s a lot of black metal out there that sounds alike. Try that.

I never thought that someone would say that everyone who grew up on the 80’s likes the same music… but here we are.
Thanks for stopping by!