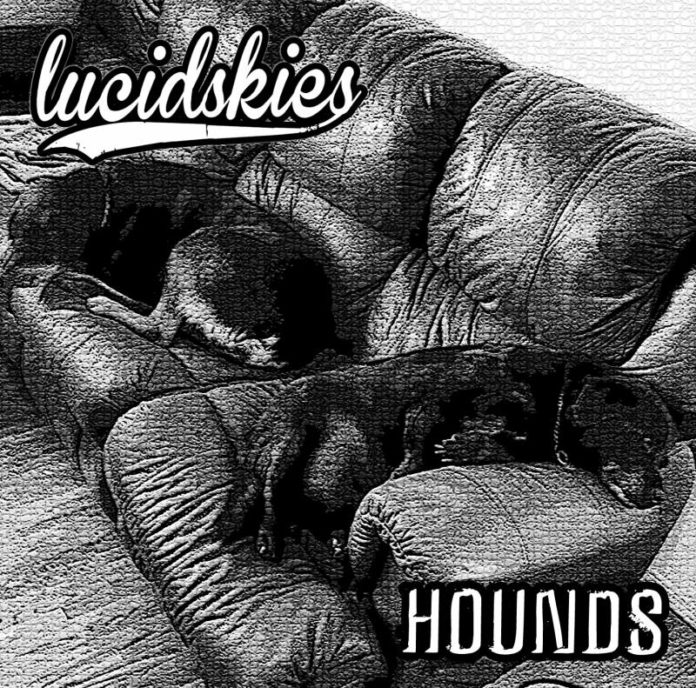 What do I know about Lucid Skies? Absolutely nothing. So it was a pretty fucking cool surprise that I enjoyed Hounds as much as I did. Digging through the PR list in my inbox actually paid off, who knew?

Lucid Skies waste no time getting started on Hounds; galloping riffs and raw vocals fill your ear holes almost immediately upon hitting play. This is hardcore at it’s finest – fast paced, unrelenting, and even catchy. Add to the formula a tinge of that post-metal that’s been going around lately, and it all makes for a great little EP. The sound is reminiscent of Counterparts and early Misery Signals, though with an admittedly more hardcore taste in things. What’s extremely obvious on Hounds, is that not only can these guys play their instruments; but that they seem to be incredibly talented song writers as well. The way the end of “Shotgun Mouthwash” leads into the opening riff of “Left Hook” is something that other bands wish they could pull off. “Shotgun Mouthwash” peaked my interest, but that little transition sold me on Hounds.

What’s great is, for such a short EP (it clocks in at under 15 minutes) that sort of attention to detail is everywhere. The way leading guitars trail off into filler parts, how the drums enhance and embrace what every other instrument is doing, and how hoarse and raw the vocals sound all blend together to form something that sounds epic, even if it’s relatively small in scope. The vocals on Hounds are especially great; I don’t know who to give credit to but the way they’re mixed higher and louder than any other instrument actually makes it sound better. I don’t know if this was a conscience decision – something that the producer just decided to do by himself, or something that the band focused on and wanted. Who cares, it sounds awesome. What’s even better about it, is somehow they got it so it doesn’t completely overpower everything else. Somehow, despite sounding raw, everything is also crystal clear. It’s hard to explain, but it makes for a really good “listening experience”; finally an album that’s “raw” without just sounding like shit.

Yeah, it’s safe to say that Lucid Skies has not only appeared on my own personal list of bands to watch out for, but they’re pretty high up there. My only regret with Hounds, is that it’s not longer. I’m hoping that we don’t have to wait too long to hear a full-length from these guys.

You won’t have to wait long! Great review 🙂