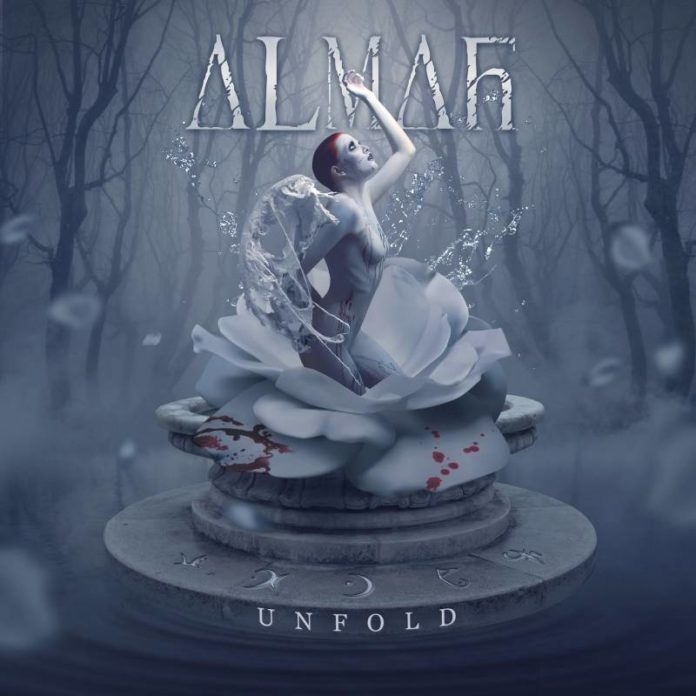 Unfold, the latest album from Brazilian troupe Almah, is the kind of album that you might show to someone taking their first steps in to metal. It’s diverse, it’s fairly heavy, but it never does anything truly abrasive. It’s inoffensive, well produced, and is clearly crafted by talented musicians.

In other words, there’s nothing to set it apart, and nothing you haven’t heard before.

Basically, what you find here is an approximation of a less technical Dream Theater, with all the positives and negatives that come with that. The album can be heavy and grooving (see opening track “In My Sleep”) but can also push grating piano passages to the fore of otherwise solid songs (see “Raise the Sun”). It also commits something that I consider a cardinal sin for a metal band. Maybe I’m just a close-minded idiot, but for me, I would really prefer it if bands would…

KEEP THE ACOUSTIC GUITARS OUT OF THE STUDIO!

Acoustic guitars certainly have their place. They can build atmosphere and can provide interesting moments within songs. On a metal album, however, I believe that to create a song like “Warm Wind”, something based almost exclusively on acoustic guitars and pianos, is counter-productive to the task at hand. You can make sappy ballads that don’t skimp on the heaviness. It is possible to achieve, and some bands actually do it very well.

I just can’t get in to this record as much as I would like. It’s a very professional album with lots of good qualities. But I just can’t abide by acoustic songs and pianos at the top of the mix. That mix is otherwise damn near perfect, but when they push the piano right out front, it just serves to give me a headache.

It’s really a tough slog, as half of this album is great stuff. Songs like “Believer” and “You Gotta Stand” move with a Priest-like conviction and swagger. But it’s all brought down by a handful of terrible song writing choices. Maybe I’ve just lost the power metal plot, but, well, some of these songs need a serious infusion of balls.

If you’re a fan of acoustic guitars and pianos in your metal, this is gonna set your night on fire. If you need a little more testosterone, a little more might, a little more thunder, then maybe you should just pick-and-choose tracks off of iTunes. There’s stuff here you’ll enjoy, but other stuff that’ll make you weep.

The Ghost Inside – Get What You Give