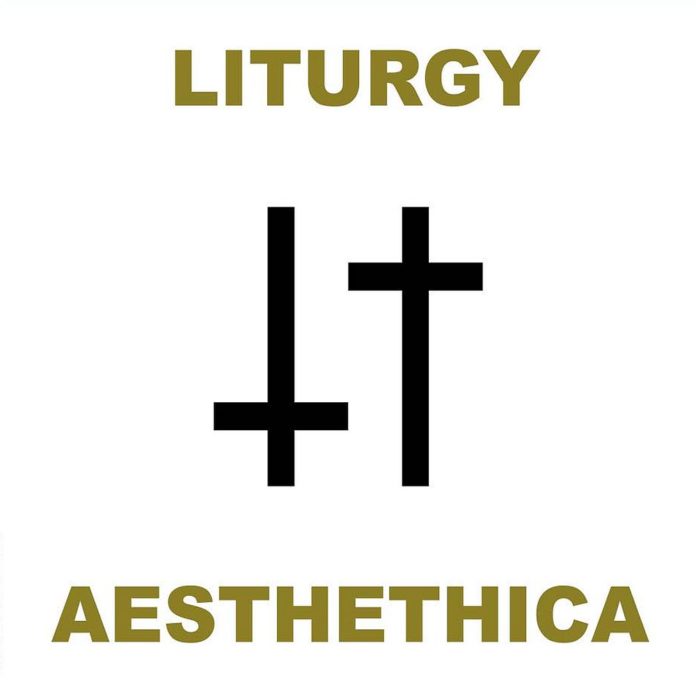 Describing Liturgy as a black metal band isn’t entirely accurate. They seem to crib more from math rock and prog than traditional black metal, and their songs are abound with weaving polyrhythmic interplay between the two guitarists, bassist, and drummer that make up the band – the drumwork in particular is especially impressive, owing more to jazz than a traditionally metal style of playing. Some of the textures on the album are very reminiscent of noise rock stalwarts like Shellac or Lightning Bolt, and the music itself is absolutely dizzying. It tends to vary between the black metal riffs on Prozac tremolo-picked at lightning speeds that they distinguished themselves with on the earlier Renihilation, and more overtly math-rocky songs like the jubilant “Returner.” The lead singer’s howls are early Burzum through and through, and do a great job of complimenting the absolute musical chaos. These guys clearly know how to play their instruments, and the tightness and synergy between the band members displayed on the record often results in some pretty worthwhile listening. While the parts that sound almost exactly like fellow NYC black-noodlers Krallice are soundly entertaining, the more mathy songs too often devolve into turgid musical masturbation (ex. “Generation” is pretty much That One Riff From “YYZ” for seven minutes) ((DISCLAIMER: Please keep in mind that I am a perpetually-stoned doom fanatic who utterly despises Rush and thinks most heavy metal has way too many notes in it. If you have a greasy ponytail, post in Dream Theater forums about kick drum pedals and Joe Satriani, and prize technicality over soul and songwriting in your music, your mileage may vary with this one.)) or ill-thought out experimentation (the less said about the embarrassing acapella Animal Collective-isms of “Glass Earth” the better). So, you’d wonder, why not just listen to Krallice? And that is a very good question.

It’s clear that Liturgy bring something different to the table from what their USBM contemporaries do, but just because it’s different doesn’t mean it’s a step forward for the genre. While most of their roundly solid debut Renihilation was centered around a more black metal style, Aesthethica is abound with directionless noodling and experimental flops, as if the band is making far too much of an effort to distinguish themselves and solidify their claim to being separate from black metal as a whole. Renihilation worked incredibly well as a collection of droning noise hymns to some mad god and was almost reminiscent of Ulver’s undisputed masterpiece Nattens Madrigal in places, and the points where Liturgy sticks to and builds on that blueprint yield some flat-out epic returns (cf. the cathartic closer “Harmonia”), but the majestic highs of Aesthethica are severely weighed down by its failed experimentation and avant-garde pretensions. Liturgy has no doubt succeeded in their effort to distinguish themselves from the pack, but it would be much more conducive for them to focus a bit more on crafting an album that’s actually cohesive.

Okay, now for the fun part.

One of the biggest distinguishing features of black metal is the astoundingly high population of arrogant pricks in the community who take their music way too seriously. Whether it be attempting to turn Norway into a permanent outpost of Satanism, clinging to a disgusting political ideology that never works in the real world and hasn’t been in style since 1945, or penning a meandering and overly verbose manifesto on your imaginary subgenre that invariably causes the eyes of all who read it to slide off the page in bewilderment and disgust, black metal is full to the brim with self-absorbed douchebags. Liturgy aren’t church arsonists or neo-Nazis, thank God, but watching the now-infamous Scion Rock AV Fest 2010 interview or reading frontman Hunter Hunt-Hendrix’s manifesto on “transcendental black metal” will make it clear to anyone that these guys need to get their egos in check. Writing 15 pages of “MY BAND IS AWSUM” in an overly pretentious I-Just-Took-Philosophy-101 style of prose while going through the drop-down thesaurus in Microsoft Word and choosing the biggest and most academic-sounding synonym for literally every word in the treatise ((He calls the introduction of his essay the “prologomenon.” Only Immanuel Kant is allowed to do that. You are not Immanuel Kant, Hunter. Go back to bed.)) doesn’t really do that much good to legitimize your musical efforts; it hinders them more than anything. As much as Liturgy claims to represent a bold step forward for black metal as a whole, a transcendental blossoming betrayal beyond the nihilist-centric traditional Hyperborean black metaaaaaaafuck i can’t do this, their egotistic hubris demonstrates all too well that they’re easily on the same level as the most bitter, self-absorbed, basement-dwelling kvltest of the kvlt when it comes to sheer arrogant narcissism. If they put some corpse paint on, they’d undoubtedly be welcomed into the scene with open arms.