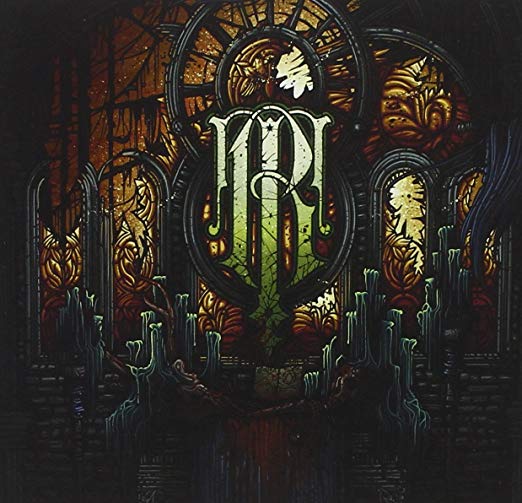 Bleeding Through is no stranger to the metalcore scene; being around for over ten years and having released (including this one) seven albums, you would think they’re fan base would be bigger than it is. They’ve always maintained their hard core fans, but have struggled to branch out and attract new ones. Will their new album The Great Fire finally solve this problem; or is it more of the same for the Californian based band?

The Great Fire is laser focused in both it’s content and scope; the longest song is barely over four minutes long and the album seemingly never stops pummeling you with the crunchy riffs that Bleeding Through has exhibited in more recent albums. The albums brisk pace in this case is a good thing, it means that you’ll be able to listen to the whole album in one sitting without getting bored with it’s content. The same could not be said for their previous self-titled album; so there is definite improvement in this area. Songs move along at a nice clip and are never threatened by becoming repetitive or obnoxious, in fact several there were several times where I found myself wishing some songs were just a bit longer.

When it comes to his screaming, vocalist Brandan Schieppati has never had the greatest range but I would say his voice sounds pretty damn good on this album. Nice touches such as the emphasis on the lyrics “I’ll only corrupt them” on the song “Starving Vultures” help accentuate the instruments nicely, and some songs are for the most part broken up nicely by spoken word or keyboard elements. Compared to their previous two albums, the band has picked up the pace again; opting to return to their once almost thrash-like sound. Coupled with the hardcore edge that most of their songs have, it’s a good combination that helps give their music a unique punch that not many other bands have.

While Bleeding Through does a lot of stuff right on The Great Fire, there are some sticking points; much of them the same ones that have remained with the band for three or four albums now. Clean vocals just do not work in The Great Fire; they often sound out-of-placed and forced. The keyboard is at times overpowering and distracting; almost as if it’s put too far forward in the mix. Previous albums had the keyboard elements buried somewhat in the background, which allowed it to be heard at a level that seemed appropriate with the rest of the instruments. Not so on The Great Fire, where the synths often blare out on top of everything and for lack of a better word, just sound cheesy. Interestingly enough; there are times where you struggle to hear the clean vocals because they’re far too quiet; a prime example is in the song “Final Hours”  where the instruments make it hard to hear them. At times, it can lead to an unsatisfying listening experience, and I know I’m not the first person to point this out.

Even with those faults, The Great Fire is Bleeding Through‘s best album since The Truth. They’ve managed to recapture the energy of their earlier days, and ward off the sluggishness the plagued them in their self-titled. There is, however, nothing new about this album that Bleeding Through hasn’t done before. Don’t get me wrong; The Great Fire is a good album; it perfects the formula that the band has been working with for the past ten years and adds a level of polish on top that is much-welcomed. It won’t change peoples minds about Bleeding Through, chances are if you don’t like or despise them than this album won’t do much to alter your beliefs. Fans, however, will welcome this album with open arms. It’s by far one of the strongest albums they’ve put out in quite some time.