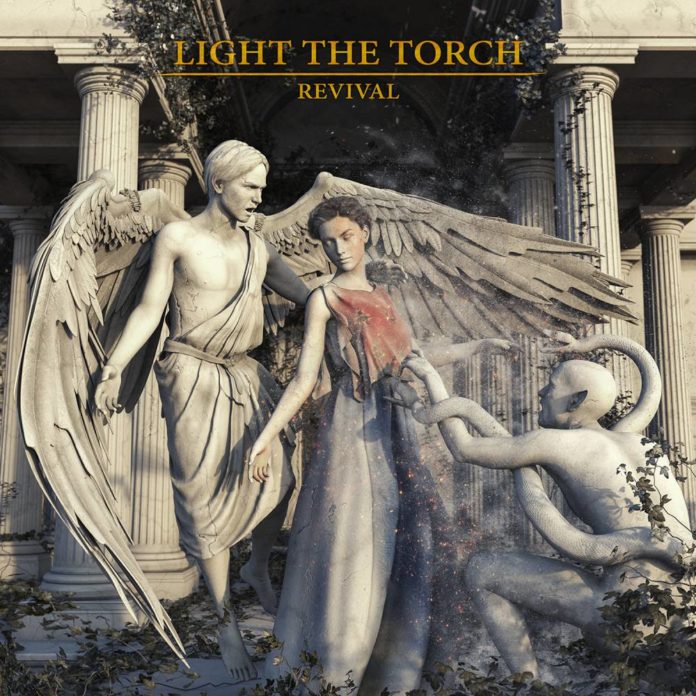 While going through lineup and name changes can be difficult for many bands, sometimes it can be the best possible thing to happen to them. Lamb of God, for instance, started out as Burn The Priest, but changed their name so as not to be mistaken for a Satanic metal act, and have gone on to have a pretty remarkable career. Metalcore super-group Devil You Know, consisting of former members of Killswitch Engage, All Shall Perish, and Bleeding Through, recently changed their name to Light The Torch, after some legal contention with their former drummer. With that name-change comes a new record, the aptly titled Revival.

Although it would be somewhat accurate to say that Light The Torch sounds like the members’ former projects all mixed together, it would also be bit reductive. Revival contains some of the best work of each members’ collective careers, and really transcends the super-group notion. Ragers like “Raise The Dead” and “The Sound Of Violence” show a band in touch with their heavy roots, something that often feels like an afterthought in modern metalcore. Howard Jones (former frontman for Killswitch Engage) has one of the most unique voices in the genre; bombastic and melodic, Howard can go from angelic to demonic in a heartbeat, as can be heard on “The Bitter End.” While guitarist Francesco Artusato and bassist Ryan Wombacher might have played in some of deathcore and metalcore’s heaviest acts (All Shall Perish and Bleeding Through, respectively), they’re fully capable of writing some insanely catchy, melodic riffs. “Calm Before The Storm,” for instance, has a verse riff and super-melodic chorus that you can’t help but bob your head along to.

Metalcore, particularly in the 00s, got pretty formulaic, and Light The Torch certainly have a lot of familiar sounds in their tunes. They’re not reinventing the wheel with “Revival,” but you can’t discount the band’s chemistry and sheer conviction they display in their songwriting. There’s something about this album that, while full of many of the tropes you’d expect in a metalcore record, rings as sincere. Extreme metal purists probably won’t have their minds changed, but if you like melody and brutality dealt in equal doses, “Revival” will certainly hit the spot. Light The Torch are a band reborn, rejuvenated, and ready to conquer, and have released an instant classic with “Revival.”

Light The Torch - Revival
Light The Torch, consisting of scene veterans, unleash an instant metalcore classic
Reader Rating3 Votes
Excellent vocal performance from frontman Howard Jones
Riffs that contain plenty of melody, while remaining bone-crushingly heavy
Great chemistry between the musicians, creating a very tight sound
Production might be a little too pristine at times
Can be a tad formulaic, and might not be heavy enough for some extreme metal fans
4.7