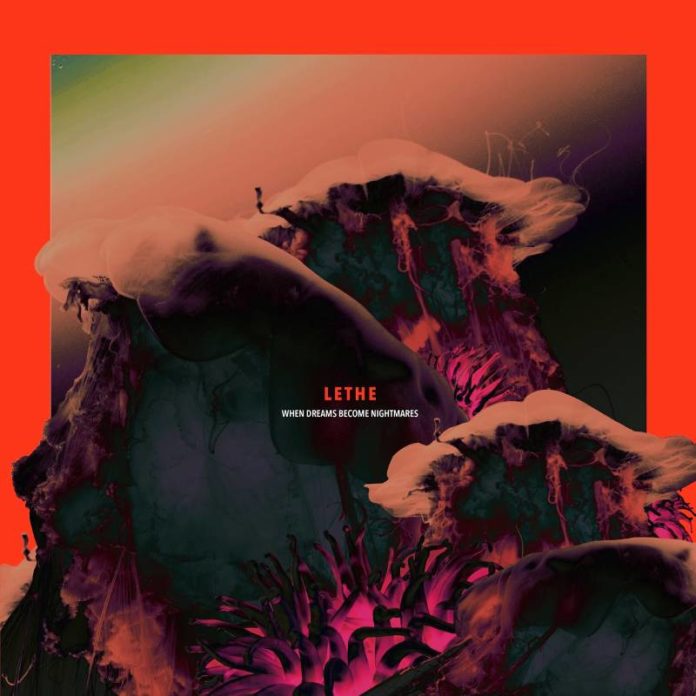 Lethe is a daring new experimental side-project formed by the wonderfully talented Anna Murphy and Tor-Helge Skei of Eluveitie and Manes fame respectively. Collaborating with other talented musicians, this duo is certainly ready to push a few musical boundaries with their album When Dreams Become Nightmares.

The duo’s one and only rule is simply “no rules, no expectations, no compromises” and, frankly, one of the hardest things about reviewing When Dreams Become Nightmares had to be figuring out what exactly I should put for the genre. Even though the album itself is so wonderful, so full, and so ready to be talked about, asking me to find a single word to classify it seems unfair, not to mention nigh-impossible. Lethe’s experimental style can’t be placed into one single category, and trying to do so would never fully encapsulate all that this album offers a listener. A little bit industrial, a little bit psychedelic, a little bit electronic, a little bit metal, and while the list goes on and on, one thing is for sure: When Dreams Become Nightmares certainly has a little something that every listener will love.

The album is dark and brooding, with a hint of ethereal whimsy and a deep longing to its sound. Even the band’s name lends to the darkness that the listener can expect from the music: “Lethe” is of Greek origins, and translates to “oblivion” and “concealment” (not to mention being one of the five rivers of Hades). The album’s sound and lyrics add much more to these literal translations, though; with songs such as “Haunted”, “Oblivion”, “Come Look at the Darkness with Me”, and the title track, “When Dreams Become Nightmares”, we are drawn into the void from start to finish.

Every track, starting with the slow slow-building “In Motion”, draws us in and doesn’t let us go as it carries us along for the ride. Every song possesses its own unique charm; some focus more on lyricism and guitar, such as “Come Look at the Darkness with Me”, others, like “Ad Librum” are more intangible and ambient, and others are more focused on the eclectic electronic beats, like “Transparent”. Still, and in spite of these clear differences, each track incorporates pieces of each other – guitar, vocals, piano, electronica, ambience, and lyricism – to make it a full, rich, and cohesive entity. Murphy‘s vocals are nothing short of perfect for this album, molding and melding exquisitely with the music, Skei‘s background vocals, and the style of each song.

While if I absolutely had to pick a favorite, “Come Look at the Darkness with Me” would probably take that place (it is enjoyable, accessible and had me playing it on repeat) I could easily wax poetic about each and every track. When Dreams Become Nightmares is such an elegant amalgamation of style and sound that you won’t want to miss a single track.

Regardless of your metal preferences, this is an album everyone should give a chance. From beginning to end, you will enjoy the magically dark and swirling world it creates, and by the end you will be begging to shut the lights back off and start it all again.