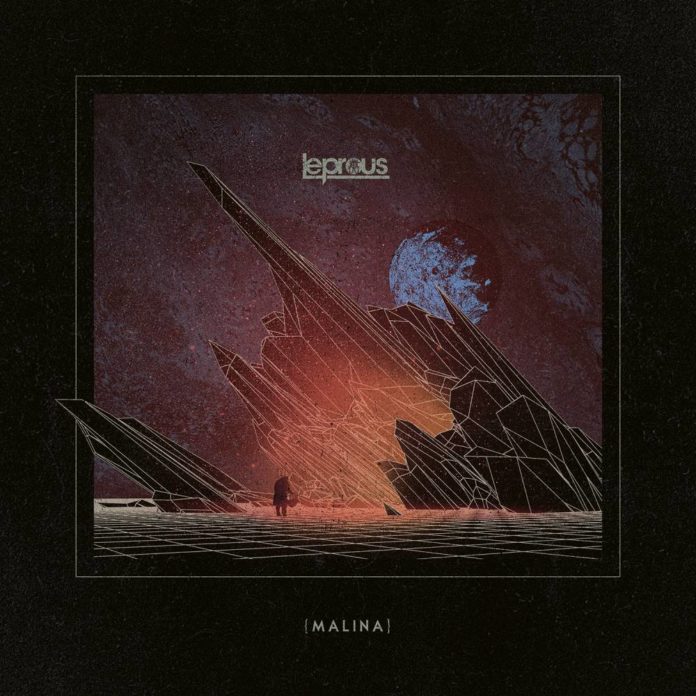 Norway has become a breeding ground for some very interesting progressive rock and metal acts, some of whom, in stark contrast to the early black metal acts, have valued quality production, rich melodies, and complicated song structures. One interesting aspect of this surge in progressive bands is that many of the artists involved have come out of (or are still actively involved in) the black metal scene. Leprous, for instance, features former and current live members of Ihsahn’s band, and lead vocalist/keyboardist Einar Solberg has even provided live keys and backing vocals for Emperor off and on over a number of years.

The best way I can think of to describe the sound on Malina is if Muse started covering the newer, melancholy rock material by Katatonia; the vocals often shift into falsetto very much in the vein of Muse’s Matt Bellamy, floating over a sea of melancholy synths and jangly guitars. There are occasional heavy guitar bits, as can be heard on album-opener “Bonneville,” but they’re usually covered up by the synthesizers and vocals that seem to permeate every nook and cranny of each song. Strictly speaking, Leprous can’t really be considered a metal band here, although Malina is still a very compelling listening experience. Even on more upbeat numbers like “Mirage,” there’s a sense of melancholy in the chord progressions, almost like Depeche Mode, but with guitars, and vocals that have a much broader range. The synths are a big feature of each song, but I wouldn’t necessarily call the music pure electronica, though “Mirage” is pretty danceable; more than anything, the synths give the music a very modern edge. Another track that stands out is “Illuminate,” which is also pretty synth heavy, but the layered vocals and mid-paced tempo remind me of Queen, especially their Flash Gordon soundtrack.

The time signatures are deceptively complicated; under the pulsing keys and guitars, the guitars are syncopated, and at times almost seem at odds with the drumbeat. If you take the time to try and pick out each instrument, there’s actually quite a lot going on, and it’s a testament to the songwriting skill of the member of Leprous that it all comes out making sense. “Coma,” for instance, has a speed-metal style guitar riff playing alongside a twangier guitar riff that hits all the accent notes of the heavy riff, while the vocals float along at a completely different pace, similar to The Mars Volta.

The production on Malina is clear enough that you can hear and appreciate each individual instrument while enjoying the song as a whole. Leprous have truly come out of left field with this release, but it has certainly gained my attention. Fans of extreme metal will probably give this record a pass, but if you’re interested in songwriting that is a little out of the ordinary, I’d certainly suggest giving Malina a spin. I will say, though, that it requires multiple listens to really appreciate what’s going on with each track. With each pass, something new reveals itself in each song, and once you realize how much care went into each transition, each rhythm, each tone, you’ll be pleasantly surprised.

Leprous - Malina
Maintaining a sense of melancholy amidst complicated songwriting and poppy elements, Leprous take progressive rock into interesting new directions with their latest release
Reader Rating2 Votes
Sophisticated songwriting
Production is top notch
Interesting mix of sounds
Not exactly a metal record, which will deter fans of heavier material
Some songs get a little too pop sounding
4.5