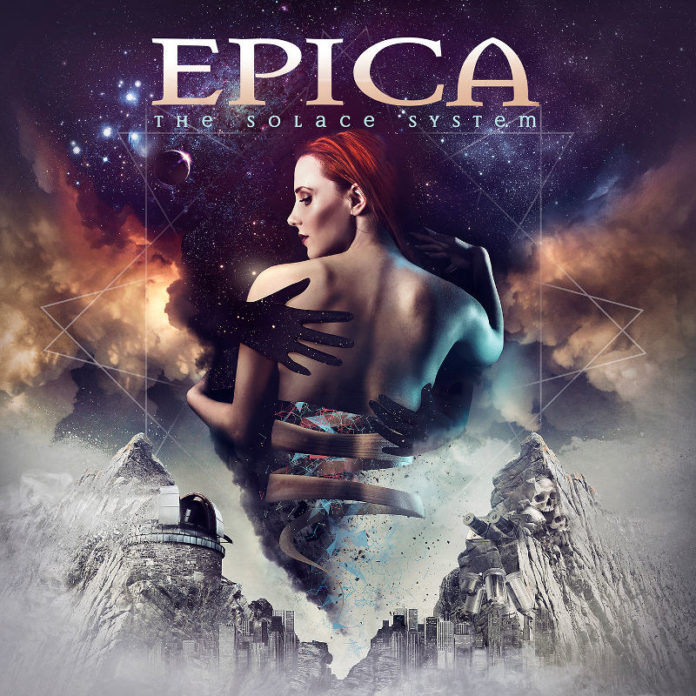 With their new EP, the long-running Dutch symphonic metal band of Epica are sharing some songs which had to be cut from their most recent album, The Holographic Principle, for reasons of time and flow. As such, the six tracks get to enjoy LP-level production, and with the numerous layers of instrumentation and vocals put into them, that’s a big help in avoiding the muddiness that could otherwise have easily overtaken the sound. Fast drum-beats, trilling guitar shredding, and Simone Simons‘ high-flying vocals come together over the crunchy bass with a clear presence to each piece (also true of the assorted synths and monkish chorus sprigs), and each of the songs is big enough to allow for exploration and expansion by the band. It’s some high-energy stuff, with enough dips, breaks, and bridges to keep it from becoming irritating, generally speaking.

On the down-side, there’s not much holding the songs together past the band’s style. It’s not as though the music makes drastic jumps in mood (the stripped-down ballad of “Immortal Melancholy” being the exception) or noticeable changes in the production quality, but it all feels vaguely disconnected, in that way you get with ‘greatest hits’ albums, or a pick-‘n’-mix six-pack. But just as those samplers have their place in the scheme of things, this EP fits nicely in its role as a bonus for those who enjoyed the band’s last album and wanted more in that vein. On that front, I’m sure it satisfies, but I can’t imagine it holds as a particularly distinctive entry in the band’s overall catalog.

THE BOTTOM LINE
A nice treat for existing fans, but unlikely to create any converts
Reader Rating2 Votes
POSITIVES
Clean mixing
Impressive combos of multiple vocal lines
A sense of the band's confidence as they follow their usual formulas
NEGATIVES
Can't really escape the impression of these songs being spare (though well-made) tracks
3.5