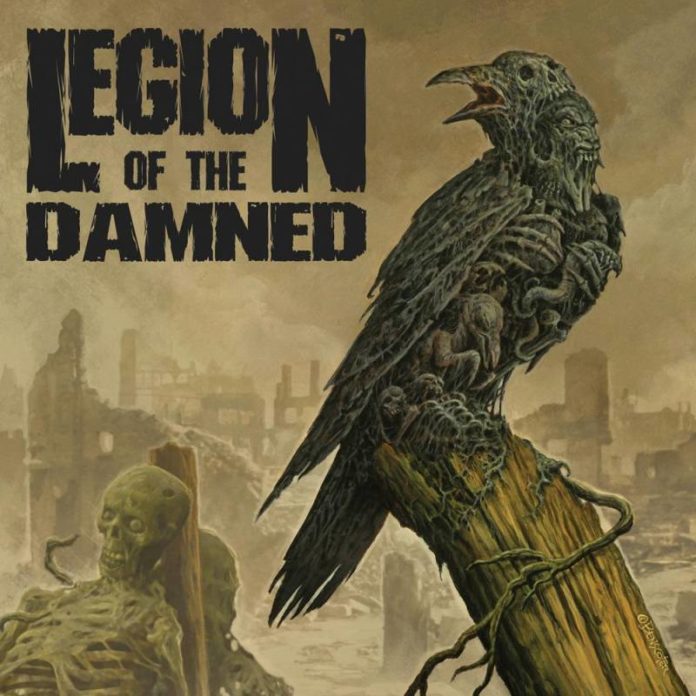 Legion of the Damned has always cranked solid, dependable product. Occupying a space not too far removed from Arch Enemy, their albums have shown a style that successfully melds thrash and melodic death metal to create catchy, quick-picked songs that are always, at the very least, enjoyable. Before the band was as they are now, however, they were known as Occult and played a bruising style of blackened thrash. Though its has been nearly a decade since the their titular and stylistic shift, Ravenous Plague sees the band returning to their origins, creating a sound that is part Gothenburg, part Bay Area, and part Bergen.

That may sound like a recipe for a schizophrenic, ADD mess, but the band has used their myriad influences to create songs that are bludgeoning, atmospheric, varied, and intense. One need just look to their new video for the song “Doom Priest” to hear the band’s cohesion. They sound like Immortal covering At The Gates and, damn it, it somehow works!

This thing is incredibly produced as well. In fact it’s largely the production that sets this apart from recent works by the aforementioned Immortal: where that band would go for a colder, more raw palette, Legion elect to stick with a full-bodied, modern metal production that’s at once crisp and lush. As a result, these songs fill the sonic space without making it feel crowded. Maurice Swinkels vocals tear across the surface of each riff like a rabid animal, and Erik Fleuren‘s drum work is varied, propulsive, but never overdone.

The album being so cohesive is both its greatest strength and most obvious weakness. With such a succinct and effective formula, some of the songs end up sounding like continuations of one another (i.e. the same song, slightly altered). Compare, for example, “Doom Priest” with advanced single “Summon All Hate” and you’ll find that the two songs are so similar that, on first listen, you may think you’re still listening to the same song.  While it’s more pronounced in that case due to their placement together on the album, one can also hear a lot of similarity between “Morbid Death” and “Armalite Assassin”.

Recycled riff sets hardly matter when the riffs in question are this good. While I liked Legion of the Damned before, I find there reversion into a more blackened kind of aggression to be incredibly refreshing. Melodic death metal and Gothenburg-inflected thrash is cool, but it’s no longer unique. If Ravenous Plague is any indication, Legion of the Damned on their way to forging a new, stronger, more compelling identity.