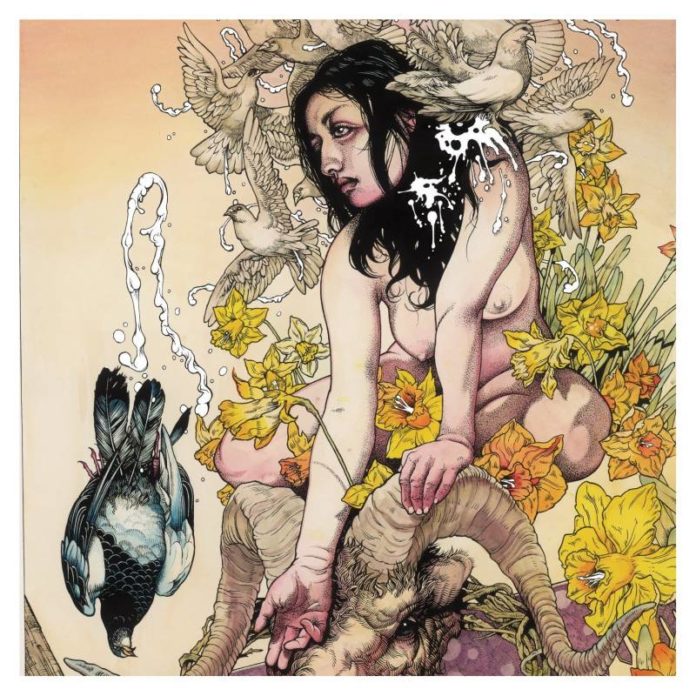 Kvelertak are not a band of any particular title. They simply are their own thing. In much the same way that Primus has their on IDv3 tag in most music players, I surmise the Kvelertak will also have their own tag one day. It’s not everyday that you have a band that mixes genres so efficiently and effortlessly; black metal and hard rock don’t often mix (if at all) but not only do Kvelertak mix these two genres, they mix them rather often. But, being the well rounded chaps that they are, there are also some lighter tracks on Meir. And while I could go on about the genres they mix,  the sound of Kvelertak is not only what sounds they use, but how they use them. You could call it progressive, but I’m not talking about progressive in the  Rush sense of things, I’m talking about late 70s Hawkwind style melodic droning musical freakout sessions. It sounds strange reading it, but through some form of magic, Kvelertak have made it work.

The interesting thing about Meir is that the formula that Kvelertak applies, by all reasoning, shouldn’t work. But somehow their mix of early black metal, hardcore punk, hard rock and psychedelic elements works. Don’t ask me how, but it just does. The execution is near perfect. In fact, it may be that very same confidence which they bring to the songs that makes the Meir work. “Trepan” in all cases should be a cacophonous mess; a mish-mash of opposing genres with no hope of success. However, the opposite is true and each genre change is a slice of the executable skill of Kvelertak. Let’s face it though, any two-bit John can make a black metal or rock record, and indeed many have. But to be able to roll it out in such a complete package as Meir does is nearly impossible; we’re talking dive bombs, Maiden-esque leads, and western style twanging. It’s strange, but all these things are the same songs.

And while the boys in Kvelertak do draw influences from Turbonegro, Every Time I Die,  and Mayhem, Kvelertak really do have a sound all of their own. And while I can’t comment on the lyrics of the album, since the entire thing is in Norwegian, I look to the album cover for any help. Unfortunately, it’s just a bunch of pigeons shitting on a lady that’s sitting on a ram’s head. No help there. Therefore, I can only comment on how the album makes me feel when I listen to it, and regardless of the momentary genre, Meir has a youthful rock ‘n’ roll soul that just gets into you and make you want to have a full on freak out. It’s Kvelertak‘s fresh and energetic approach to music that gets you kicking along from the first note of the album, to the long interlude in “Tordenbrak”, to their anthemic and final track “Kvelertak” you’re pumping your fist all the way.

The only disclaimer is that this album is not for everyone; the sheer unpredictability of each sequential song might bother some. That being said, those same people are probably the reason that they have “Caution: Hot when heated” warnings on a box of Hot Pockets.

The element of unpredictability is without a doubt the biggest charm of the album. It’s great to be outwitted by a band, knowing that they are always one step ahead of you. And while you may actually believe that you know what’s going to happen next, you’re completely wrong.

Say what you will about Norway and black metal, the future of their music scene is clearly in hard rock. Go figure.  But it comes as no surprise as to anyone that has listened to anything as of late that has come out of Norway. Don’t be mistaken, Kvelertak are not pandering to the masses by any means, they just happen to be one of those bands that express themselves in whichever creative manner they decide. And while I don’t see rap metal being in their near future, after listening to Meir, I would be more than happy to give even that a listen.