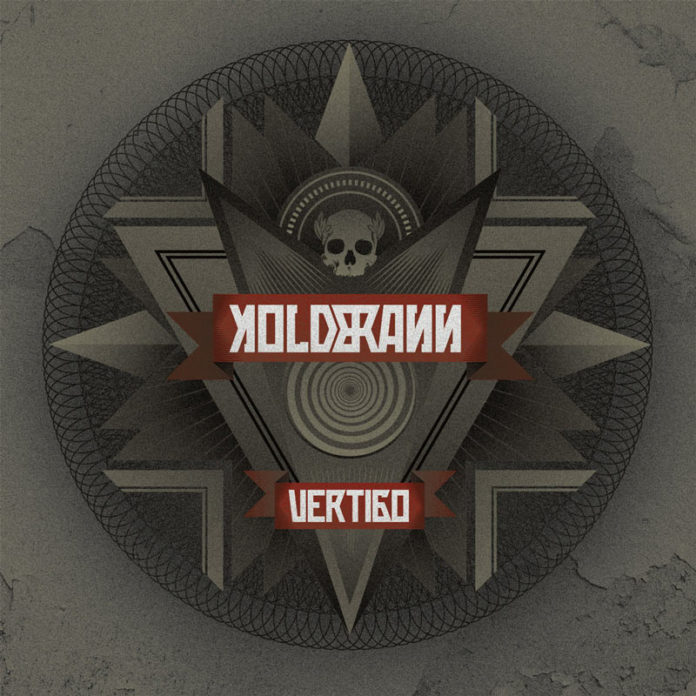 In a world overrun by ‘post-‘ and ‘-core’ it’s a wonderful breath of fresh air when a band comes out and goes ‘Fuck you, here’s something fucking old-school and undiluted’. Judging by the sound of this latest Koldbrann offering; that’s exactly the mentality that they have taken. From the get-go of this album it’s hugely apparent that these guys don’t want to mess around with over the top production, symphonic grandeur or anything else that may detract from exactly the album that they want to put out *cough*Dimmu*cough*. This is a straight-up, raw as anything, grim slice of Black Metal taken straight from the early stages of the infamous Second Wave. It’s punky, it’s aggressive and it’s cold, just the way this sort of Black Metal should be. I couldn’t be more thankful for that. The only later influence you might be able to cite in this would be some of the latter day Satyricon ‘Black And Roll’ hybrid. But this in no way detracts from the album in the way some of the tracks on ‘Now, Daibolical’ did, it only serves to give the album a massive set of balls to back up the grim Norwegian sound that they have crafted so pristinely.

Utilising the tried and tested buzz-saw guitar sound and bellowing shrieks reminiscent of later day Satyr they really do get the aggro vibes flowing, especially on the song Stolichnaya Smert which is a song I can only presume is about getting smashed off your head on Vodka. A healthy amount of Discharge style D-Beating really adds to smash-your-house-up feeling inherent throughout the whole record. It all gets a little bit strange and trippy in the last track Inertia Corridors. It becomes a bit like a Black Metal acid trip and the down tempo structures and odd use of minimal synth really show that they’ve got the necro feel of their genre down pretty perfectly.

Strangely, after a few listens to this album I found myself wondering whether I had romanticised this album on the principle of it sticking true to the roots of the Black Metal I grew up with. I was so enamoured with the idea of a band recapturing everything that the early 90’s had to offer that I may have overlooked the actual quality of the album. So I listened again. Twice. I was wrong. Even when listening to this album objectively it’s still pretty fucking good. It may not be the most original thing that’s ever been put onto record but it’s still expertly written, well produced in terms of capturing grim atmosphere and still gets the blood pumping furiously. If you’re a fan of the Second Wave then it’s almost guaranteed that you’ll love this album so go out and give it a try.