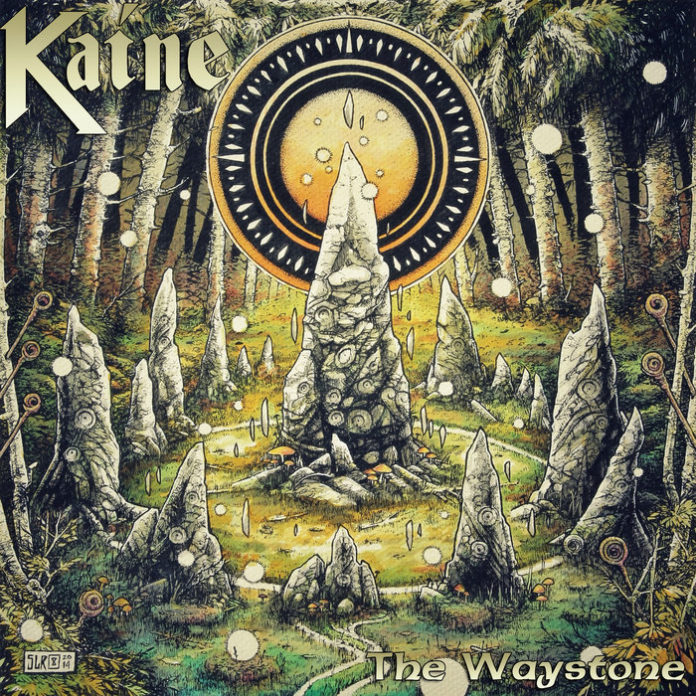 I’m a huge proponent and supporter of the new wave of traditional heavy metal. New bands playing in metal’s old styles are very exciting to me, especially if they’re bringing their own identity and ideas to the table. While Kaine shows plenty of promise on The Waystone, their latest album, they sadly spend most of their time on long,drawn out Maiden-isms that never really take the listener anywhere.

Rage Sadler, rhythm guitarist and vocalist, spends most of the album using his best Bruce Dickinson impression, which although is not exactly a bad thing, prevents him from finding his own voice (something every singer should strive to do). That being said, if that’s his starting point as a vocalist then he clearly already has strong roots and he’ll eventually find his own way of doing things.

The riffs are solid and entertaining, the rhythm section is loose and energetic, and for an indie release it’s very well recorded. The problem lies with the songs. As they are, many of them seem to be in need of some judicious editing. At times many of them feel like they go on for 2-3 minutes longer than they need to, which serves to ruin the first half of many of them by the sheer force of monotony. That’s a real shame as most of the songs are populated by moments of greatness.

Kaine seem to still be searching for their own voice. They wear their influences on their sleeves and clearly put their hearts in what they’re doing. While they aren’t yet ready for “the big time”, I’ll definitely be taking an interest in what they bring to the table with their next recording. Maybe it’ll be a bit more of themselves.