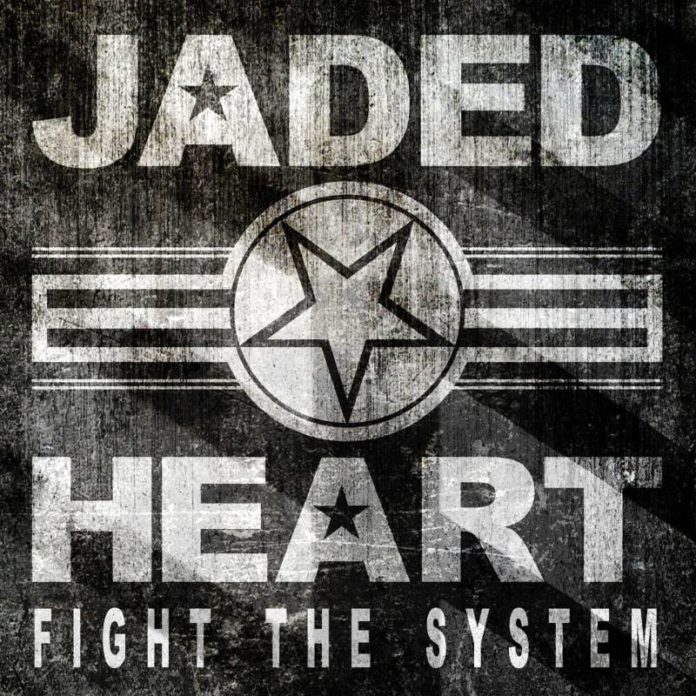 My European readers will have to excuse me for having absolutely no idea whatsoever that this band existed prior to starting this review. Apparently, Jaded Heart have been around for over 20 years and have been a fairly successful act in Europe.  But isn’t that the beauty of heavy music? There’s so much out there that there is always something more to discover. When it’s an established band that one is discovering for the first time, it can be a real treat.

So as a first time listener, I found Jaded Heart‘s music to be compelling, well constructed, entertaining, and yet devoid of anything that could be considered 100% new. There are so many well-worn clichés in this album that I can’t think of a good way to finish this sentence. Yet I can find absolutely nothing wrong with that because everything works. Everything is musically and aesthetically in its exact right place, and even the most cynical hard rock or metal fan would have a hard time not getting sucked in for at least a few spins.

The obvious centerpiece of the record is in Swedish vocalist Johan Fahlberg, whose clean cut, inoffensive vocals contain just enough grit to make them compelling and believable. His range is fairly impressive and he seems to be in complete control of every note (although, of course, we don’t know how many takes his vocals took to complete each song). It’s obvious that the man is a consummate professional and just as much of a technician as his guitar players, Peter Östros and Masa Eto. Their riffs are catchy and effective, never becoming so complex as to alienate a rock radio audience, but maintaining a certain level of heaviness as well. The lead passages are equally impressive, as the band clearly took great pains to ensure that each solo complemented the song as a whole.

As good as the album is, it’s obvious that it was very meticulously manufactured. This is not to say that it has no soul or character, it simply means that it’s too polished; there’s not much real danger to be found here. It also suffers from one of the oldest hard rock foibles ever: generally inaudible bass guitar. If you feel like really concentrating to find it, it’s definitely there, but it’s never obvious. This is a shame, because if anything could really benefit these songs,  it would be a big, chunky bass sound.

Taken as individual pieces, there’s nothing especially outstanding about Fight the System. There aren’t really any specific songs or parts that will stick with you after the album is done. Taken as a whole, however, the album is definitely an amusing distraction, and one that will sure get your head bobbing and your foot tapping. Sometimes that’s all you really need from a rock record. Why the hell can’t Nickelback make records like this?

Fight the System is like a bowl of cereal: not the most nutritious thing in the world, but a delicious, quick, and easily digested musical meal.
Very well produced
Rock solid individual performances
Johan Fahlberg is pitch perfect
No specific moments stick out as being memorable or outstanding
Needs more bass
3