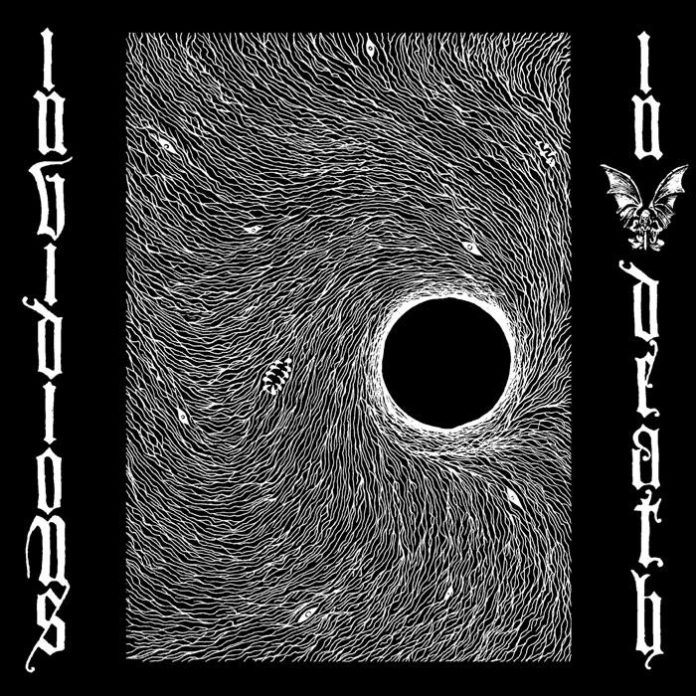 Invidious hail from Sweden, and you can tell that they have definitely stuck the formula of old-school death metal that their homeland is so well-known for.   Taking notes from bands like Mordicus, Crematory, Nihilist the band goes for a straight-forward approach to their death metal, letting how shrieks of agony with their catchy melodic riffs.  It even feels like there is a bit of American death metal influence as well, particularly that of Autopsy and Death.  There are no shortage of soul-ripping guitar solos, and I really like how both the lead and rhythm guitarists tend to spar with one another, but neither of them really drowning out the other.  The vocals are just the classic death metal screech and bark of the days of yore, with the drums just being able to help facilitate the music to move along.

It’s a pretty fun EP the band has given out, and certainly on the more melodic side of things while keeping it in line with the classic requirements for death metal.  However, things get a bit dry rather quickly for my taste.  The beginnings of tracks like “Black Blood” and “Dead Spawn Salvation” are pretty good at making sure you know you’re listening to Swedish death metal, but things begin to lose their way slightly, making it a bit dull.  However, the track “Visions” is fantastic, with it being a very energetic and speed-filled track with a little punk rock feel tacked onto it.  Invidious has a long way to go if they want to turn into a staple of the resurgence of old-school death metal, but this isn’t a bad start.  The guys certainly have the chops for it.  They just need to refine their style a bit more.