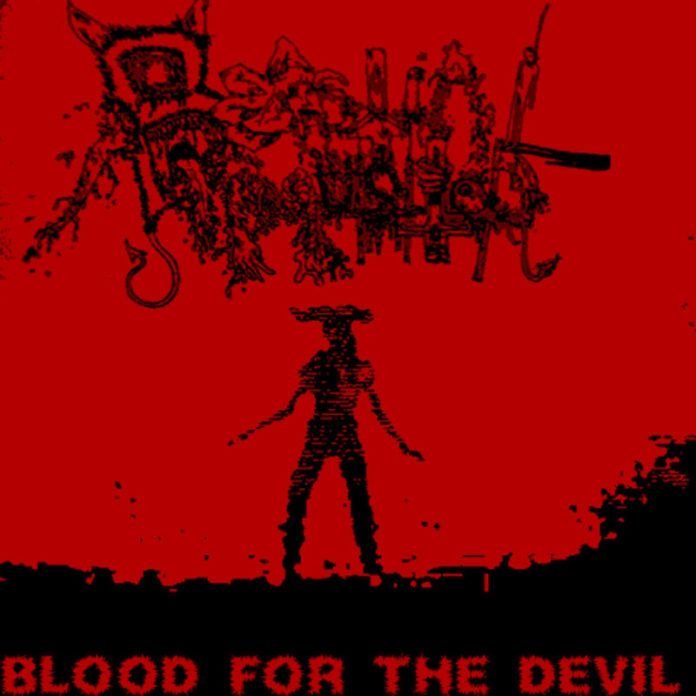 First up to my grindstone is a one-man industrial black/death metal act from the United States called Bestial Inquisitor.  The creator known as Dread Admiral Mastemah has only one objective in his music: destroy your mind, kill everyone, and drink the blood of your victims for Satan.  That’s it.  To call “Blood For The Devil” violent, twisted, withdrawn, and misanthropic would be an absolute understatement.  You are treated to five tracks, one each more sadistic and sinister than the last.  It has all the traits to conjure up an evil and blasphemous atmosphere; buzzsaw guitar tone, bass-heavy sound, vocals patched through a pitch-shifter, and feedback like you’re listening to an abandoned numbers station.

The second track, “Nuclear Bitch”, absolutely reeks of older Nunslaughter, Mayhem, and even hints of Throneum.  Those same influences will never go away as each track marches forward, you are bombarded with blasphemous and Satanic overtones on top of really catchy riff-and-drum patterns, especially in “Cherubs Lay Fucked Slit From Their Guts”.  The vocals are pretty by the books, but they absolutely serve an important purpose in the end.  Whether it’s Dread Admiral Mastemah doing layered vocals in “Hell Fire Semen”, or speaking clearly with a deep pitch-shift in “Black Fecal Devotion”, you know you’re listening to hateful black/death metal; just the way it should be.