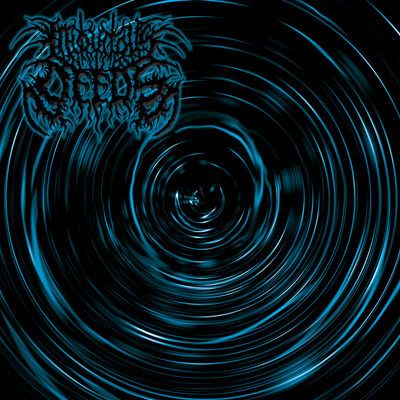 I have been noticing that New Standard Elite Records has been vying to become one of the next premier underground brutal death metal labels in the United States.  Having been able to pick up acts like Abhorrent Castigation, Abhorration, Secreted Entity and Lumpur, Iniquitous Deeds looks to make their names just as big in the depths of crushing death metal like their counterparts.  With their debut self-titled EP being released back in March, is this band able to set themselves apart from the rest of the pack?

As the four snare hits brings you into ‘Blackened Despair’, the band doesn’t quite do that much to separate themselves from the rest of the brutal death metal bands out there, but that is okay, since they are playing a very enjoyable style of it.  However, that ho-hum attitude of mine quickly changes when the vicious melodic leads came in for a brief moment.  This was not just your average Deeds Of Flesh and Disgorge worship, no sir.  Iniquitous Deeds bring forth their own blackened slant to the world of brutal death metal, and with passion.

There are four tracks on this EP, but it had to be ‘Disservement’ and ‘Tomb Of Divine Supremacy’ that completely sold me.  There was just something that Iniquitous Deeds was doing to continuously bring forth that breakneck headbanging that we all know and love.  The riffs were exciting and sharp with an intensity I have not heard from an unknown act since Carnivorous Voracity‘s “Debasement Incarnated“.  The vocals were equally as guttural, making sure to fit every note perfectly.  Even the drumming isn’t your standard “blast-grind-gotta-go-fast” brutal death metal style; they come with a flair that only enhances the brutality.

If you haven’t heard of Iniquitous Deeds by now then you should do what I did: construct a Rube Goldberg device that makes a bowling ball crush your testicles, because you are stupid for not searching these guys out sooner.  This is the only material the band has put out thus far, and if it is this good already, then I can’t help but eagerly wait for whatever they think of next.  This Californian quartet definitely deserves every ounce of attention they get, and then some.