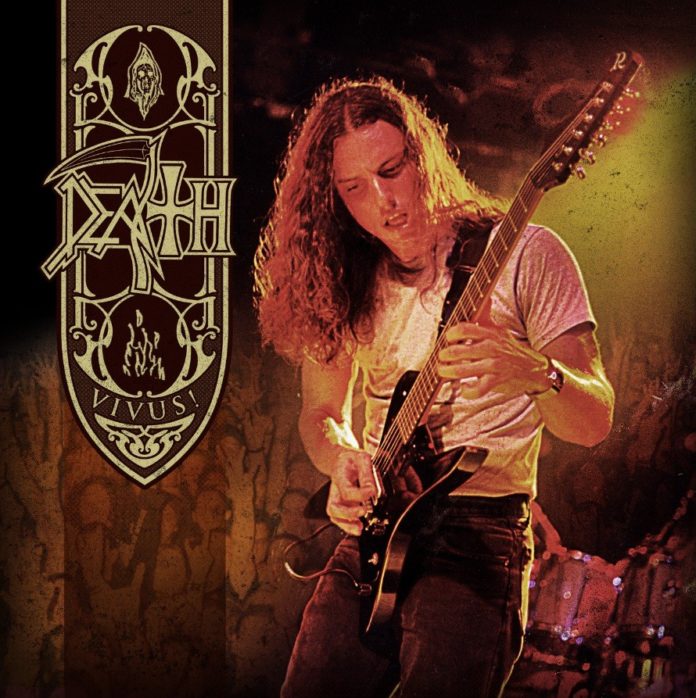 Last week I touched on the viability, authenticity and just plain worthiness of reissues, especially in these modern times-are they opportunities for rare material to surface and new fans to get involved, or easy cash grabs for labels riding on a big name? It’s rarely so black and white to me; I’m sure there are labels operating on both sides of the theory, but no matter how you feel about the trend, Relapse’s massive reissuing campaign of Death material is often at the center of the debate. As a Death fan, I support the reissues-Relapse have made it clear they aren’t just about remastering these classic records and shoving them out the door. Every reissue so far has, at the very least, been packed with bonuses and featured attractive, sometimes all new artwork and packaging. The Human reissue in particular featured a completely new mix that revitalized the album and brought it closer to the way it was meant to be heard. This is a lot of words to say I don’t mind what Vivus! is and stands for on paper; the Live in L.A. (Death & Raw) live document is pretty hard to track down anymore, and as a career retrospective, you can do a hell of a lot worse than Chuck Schuldiner and his final Death lineup pounding out the hits from all eras of the pioneering death metal outfit. Still, I don’t know if there’s enough here to justify charging for two discs of stuff.

Disc 1 is the Live in L.A. release, and this thing still sounds pretty sweet. Your personal enjoyment depends on your favorite era/lineup of Death; it’s mostly Individual Thought Patterns/Symbolic/The Sound of Perseverance stuff, with the odd “Zombie Ritual” and “Pull the Plug” thrown in for good measure. Where the record truly shines is capturing the raw power of Death in a live setting; the drums pound hard, the guitars hang like an oppressive pall, and Schuldiner is in the late stages of pterodactyl-voice. It’s easy to see why Death was held in such regard-it’s clear they not only helped invent death metal, but they were arguably its masters. If you’re at all like me, you’ll have a great time jamming through the classics with the energy and power of a live performance, sounding more solid than ever.

Disc 2 is kind of confusing, though. It’s another live set, but taken from the same tour and at an outdoor festival appearance. As a result, the sound suffers significantly compared to the club recording on disc 1, and there’s a good amount of overlap in terms of material, making you wonder why they couldn’t include a recording of another era of Death. If disc 1 is near the end of the band’s lifespan, it seems like a second disc would be a great opportunity for early career stuff, but no dice. As it is, 9 of the 11 songs on disc 2 appear on disc 1, only with worse quality. As cool as it is to hear Human’s “Lack of Comprehension” and “Flattening of Emotions”, it’s not cool enough to justify a two-disc set.

If Vivus! was a one-disc reissue of Live in L.A., I would be totally on board with this and have no trouble giving it a recommendation, but the second disc really bogs this down. If you’re a newer fan and don’t own Live, though, I’d say go ahead and give it a shot. After all, you’re pretty much the target market for reissues like this.[signoff predefined=”Signoff 1″][/signoff]