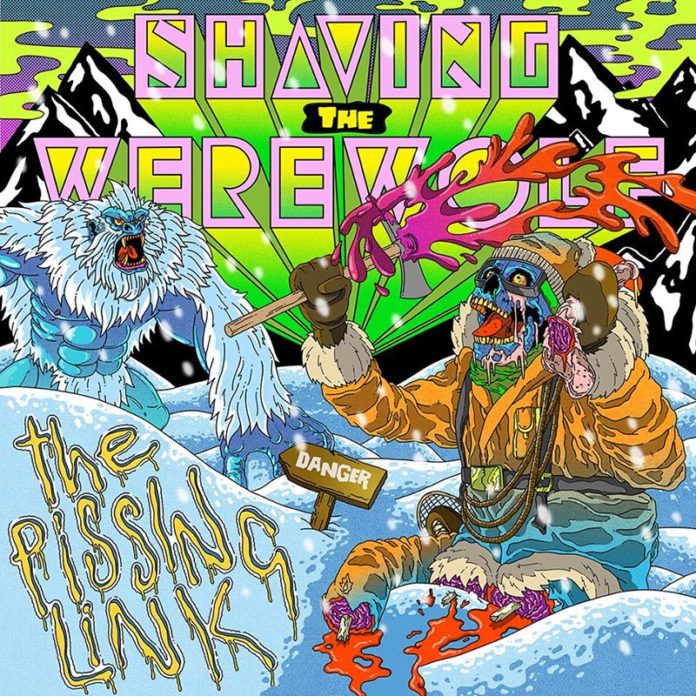 With just about twelve minutes of run-time, this quick’n’dirty EP is the third release from this band, and their second one this year.  Part grind, part noise, part synthpunk, they have something of a Pig Destroyer meets Mind Flayer feel, with a little DNA from Retard-O-Bot contributing to their humor and electronic aspects.

The songs bubble and writhe, rarely holding to a rhythm for more than a few bars, bouncing around, being outright silly, and then throwing in a hard beating when your attention might start to wander.  “Earth Song” and “Death of the Dying Corpses of Death” share the positions of being the longest and most fleshed-out tracks, “Do Mind If I Don’t” is a burbling go at senselessness, and the title track takes a little from both avenues while holding down one of the EP’s steadiest riffs before popping out into a final death burst.

Noisy and practically allergic to taking itself seriously, this EP might have some appeal to fans of electronically-powered grind, though it doesn’t reach the intensity of Agoraphobic Nosebleed or the coherence of the more run-of-the-mill bands in that grouping.  While it may not hold attention for too long, the band is pretty clearly getting engaged and creative with their music creation, which earns them a few points.  Hopefully they’ll be able to hold things together long enough to eventually generate a full album, but while they hash out their style, there’s some interesting stuff being churned out of their cacophony.