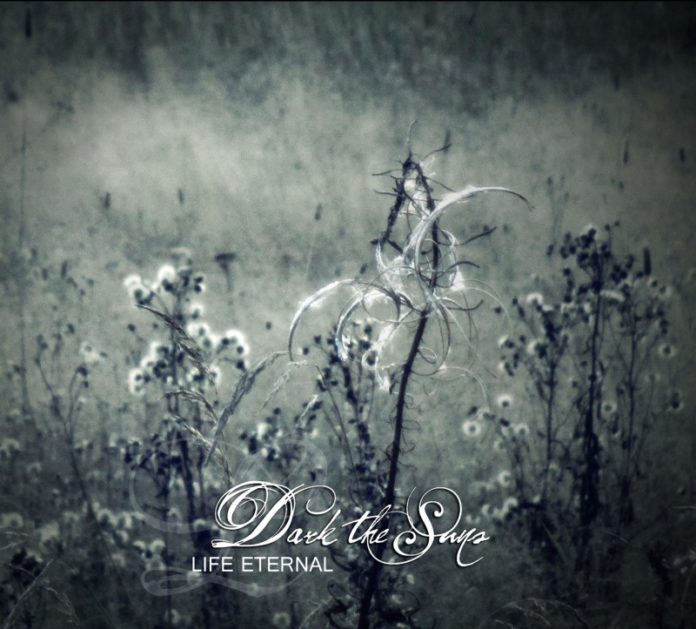 For their tenth anniversary, Dark The Suns put together this retrospective compilation, pulling from all of their singles and albums. As far as I could tell by checking the track-list against their releases catalogued on Discogs, the tracks aren’t in chronological order or anything, so it’s a regular grab-bag in usual ‘greatest hits’ form.

The music itself is some not-too-special melodic death metal, with the guitar tones and piano/synth as the high-points. The main vocals stick with the average growl, not inflating it to something ferocious or high-drama like Åkerfeldt‘s better moments with Opeth, but there are also sections in which the band experiments with grafting in clean female vocals. While this isn’t exactly groundbreaking, it’s more innovative than most of DTS‘ representation on this comp, making for a nice refreshment when it does come along.

Unfortunately, that’s about the best thing that can be said about this collection of songs. While they may work better in their original contexts, when jumbled up like this they just come off as unremarkable. Maybe this is a good gateway for those who haven’t really heard any melodeath or symphonic metal before, but (at least by this showing) the band really hasn’t changed up their style in a decade of playing. There are some good break-downs, nice bridges, solid riffs, and (possibly their strongest aspect) strong counter-play between the musicians, but as a look back over their career to this point, it comes off as a homogenized lump of the same old thing over and over, with only slight variations in instrumentation or rhythm to distinguish one track from the next.

It’s a shame, because it’s clear that DTS are playing with potential, but if they haven’t been able to evolve or refine their style yet, it seems like a safe bet that they’ll stick in this mode for at least another decade, once they finish their return from what their press release for this comp words as “four years break.”  If you have an unquenchable interest in Finland’s metal exports, and you haven’t checked in on this band before, Life Eternal may be a decent primer; however, I’ll go out on a limb here and guess that any of their full albums would be a better introduction than this assortment. The band (or at least the label) may have a similar estimation, as this is a download/stream-only release, with no word of it being put out on physical media. With no exclusive tracks or mixes, there’s little reason to bother with this one.

IN A NUTSHELL
If this was meant to celebrate ten years of material, there had to be some better way to present it
POSITIVES
Good guitar tones, some snappy rhythm work
NEGATIVES
Repetitive, little to help the band stand out from similar acts
3