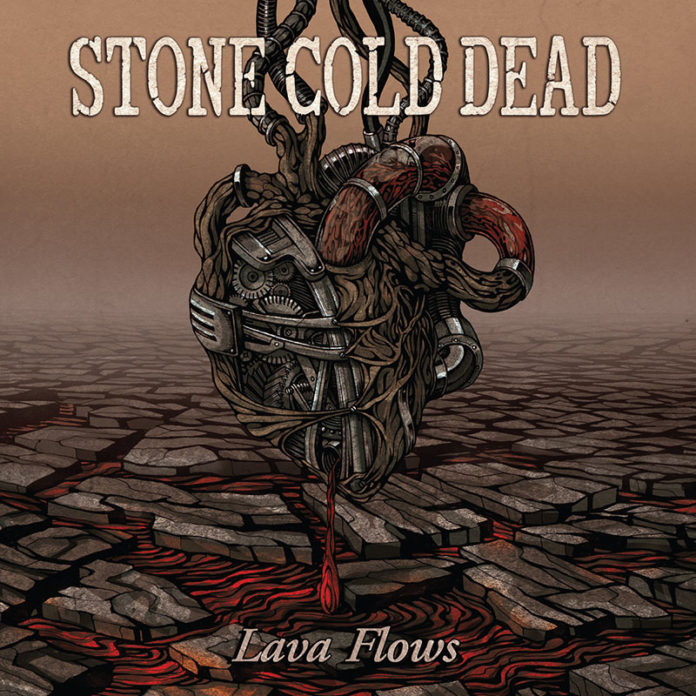 Though this debut from Stone Cold Dead is built as a concept album, split into three parts to match the three words of the band’s name, the press for it makes more of the instrumentation (in particular, how unusual it is to include a bowed contrabass) than the ideas behind the music.  Despite this skewed presentation, SCD make a respectable play to realize the concept by bringing in a different drummer for each three-song section. George Kollias (Nile) takes Underworld, Yannis Stavropoulos the Terrestrial World, and Dimitrios Dorian (Zemial) Upper World.  Impressively enough, the result is three fairly distinct but well-linked blocks, instead of the confused mish-mash you might expect.

George Bokos, best known for his work with Rotting Christ and Nightfall, serves as founding member/guitarist/vocalist, while Charis Pazaroulas (credited as a former member of the Ostrobothnian Chamber Orchestra) handles electric bass, contrabass, and lyrics.  Though the presence of the contrabass does add an uncommon element, and the drummers provide harder beatings than are usually thought of when considering groove metal, the knotty rhythms that are thrown together and stormed off with might be the biggest point of distinction.  While hard riff edges and Bokos‘ growling yells persist through the album, the stuff I found most engaging were the parts which melded death metal into groove structuring, hitting some tangled-note territory reminiscent of Indukti or In The Woods… as they were on Omnio.

SCD are obviously playing their asses off, and that fervency earns them more than a few points on its own.  But the way the songs are tied together elevates that, trying to keep a flow intact despite the change-ups and mostly succeeding in that effort.  Saving the position of longest song for the final track, “And The Tree Becomes A Sphere”, SCD do a nice job of wrapping things up with suitable gusto, closing the album on a booming echo.  Some complaints can be made about the vocals, which don’t get nearly as much room to experiment as the rest of the instruments, but of course that’s up to the listener’s tastes.  For a first effort, even with experienced musicians like these, it’s pretty damn good.