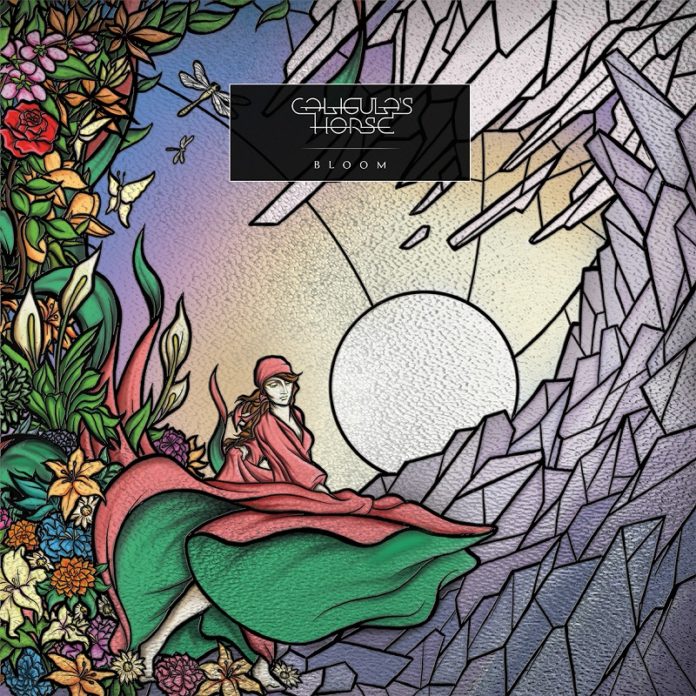 Progressive metal, as the name implies, involves advancing the sound and trying new, sometimes experimental concepts. Caligula’s Horse follow this ideology to the letter, having moved from the psychedelic prog of their first album to the dark, neo side of their second. In their third attempt, the band straddles the line between rock and metal.

Bloom is a hybrid in every sense of the word. The band makes use of a structure that mellows the listener out at the beginning, but unexpectedly kicks things up several hundred notches, blowing the audience’s ear drums out. Seriously, the first minute of the album is quiet to the point that I turned up the volume figuring they were going to be really calm, but they flip on a dime and make you regret wearing headphones.

Bleeding ears aside, there’s a lot going on in Bloom. The first couple of songs sound like they would fit in perfectly in Opeth’s Ghost Reveries. The guitar churns with a sinister tone to build a compelling atmosphere, and the percussion works in a tight and disciplined manner creating a solid, intriguing rhythm. The key differences that keep Caligula’s Horse from being a cheap imitation are the unexpected, upbeat moments that cut the tension and relaxing vocal styles that are a hard contrast to the unsettling gloom. It’s kind of like stepping out of a post-apocalyptic wasteland and into a pristine ice cream store.

While I would happily listen to an album constructed entirely out of the previous structure, Caligula’s Horse don’t settle for a consistent sound, and take inspiration from a couple more sources. There are dramatic sections that sound like Threshold’s more recent efforts and bass-centric, jazz fusion pieces that scream Haken. The variety available would lend itself to being an incoherent mess of an album, with ideas and concepts strewn about like a child’s toys, but Bloom manages to keep everything together in a concise and effective way. This is accomplished through self-restraint evident by the length of the songs and album. Many progressive artists fall into the pitfall of making overly long and meandering pieces that stay well over their welcome. Caligula’s Horse on the other hand, seem to know exactly when to cut their music for maximum impact, leaving the audience wanting more, but also feeling content with what has been presented.

Cliché as it may be, variety is the spice of life and Bloom has it in just the right amount. Caligula’s Horse draw from a numerous influences that are different enough to create a unique sound, but still keep the album as one whole cohesive piece. There are abundant levels of character and ingenuity present here, backed by concepts that are executed masterfully. For those interested in a relatively new progressive act that draws from older sources while still displaying a unique style, Bloom could slide right into your collection.

IN A NUTSHELL
Excellent and entertaining production that presents new ideas and concepts with maximum efficiency.
POSITIVES
Variety in both style and influence
Lots of character and intrigue
NEGATIVES
Will sneak up on you and destroy your eardrums.
4.5