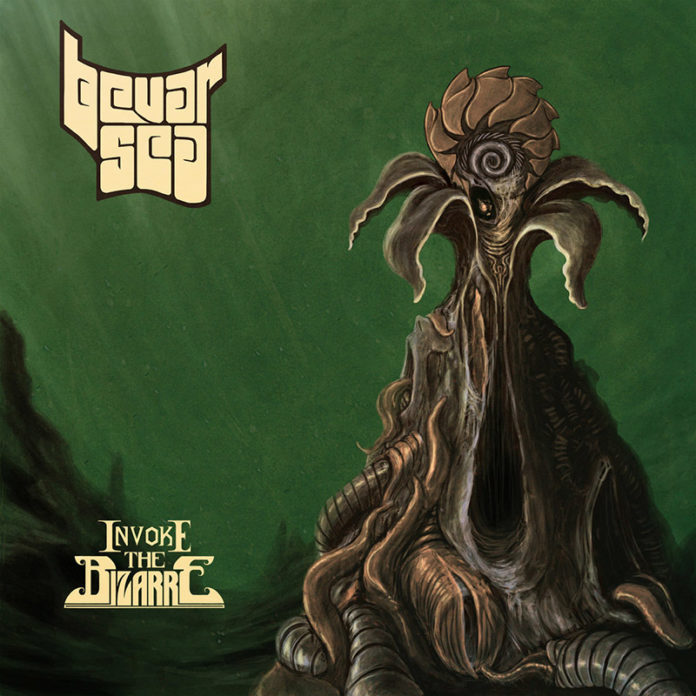 Back with their second album after three years of touring and writing, India’s Bevar Sea deliver a blend of doom with clear influence from traditional heavy metal, doing their title justice by channeling some spirit from Reverend Bizarre from time to time. They’ve got their own thing going on, though, injecting some harder and faster playing into the genre to stand out from the bands who count on fuzz and amps as their bread and butter, and following along to find out where they take the traditions is almost as much fun as the songs themselves.

While the aggression and emphasis on crushing never quite break through to full sludge territory, the band does give some nods to its influence (most explicitly with a song called “Bury Me In NOLA”, which gets pretty damn chunky), making up for the absence of tonal grime by snarling and wallowing with good spirit in the dirty waves.  Moving on from Billy Anderson, who handled the mixing/mastering for their debut, Bevar Sea‘s pick for this album was Matt Lynch at Mysterious Mammal Recording (who happen to be based in Louisiana, making the NOLA link less tenuous), and the result is a nice piece of work.

Strong low-end without overpowering the mids and highs, crisp drum presence, and vocal work with just enough detachment to keep them from sinking into the thrumming bass or guitar howls are kept at high levels throughout the album, with a low-count number of breathing spots tucked away to bring out some contrast.  There’s also the nice touch of the ~1:45 “Heathen” track with its acoustic guitar before the ~12-minute closer of “The Grand Alignment” sweeps in, bringing out the band’s strong handling of momentum and flow from the album’s start to its finish.

Some listeners may find the roughness of the vocals and riffs a turn-off, but if you’ve enjoyed the recent output from groups such as Shepherd (the ones who did Stereolithic Riffalocalypse)and Behold! The Monolith, or want something to fill your older Iron Man void, you’ll probably want to check in on this for some similar action.  If you want it totally slick and glossy, look elsewhere.