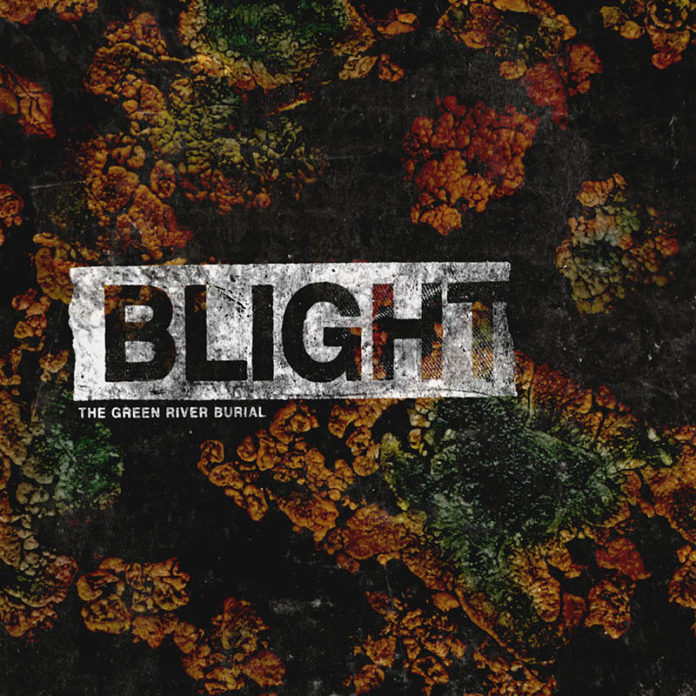 With only 2 tracks on this EP, the 50-second intro to “Armilus” does feel incredibly excessive. Although I’m not a fan of contrived intro tracks to EPs, I’m sure I’m not alone in finding this unrelated piece of music completely irrelevant in this release.  I’m all for instrumental teasers to an EP or album when it enhances the feel of a song, but this feels like the band got together and thought, “Other core acts have pointless intros… we shall make one too!”

Having listening to The Green River Burial’s previous releases prior to checking out Blight, it would appear that the band’s sound has gotten messier. Throughout both tracks I felt like I was being attacked aurally with the audio equivalent of smoke and mirrors. An attempt to mask the fact that there is not actually all that much going on underneath.

“Dajjal” is the messiest musically of the two tracks, but does have quite a strong chorus. It’s slightly unfortunate that there is a strange flange effect on the vocals, but these do not ruin it as much as you would expect. I wouldn’t say they augment the chorus; but they don’t destroy it. The song ends with a fade out. If they can’t write the end of a song, I can’t think of a clever way to end this review.

Product of Hate – Buried in Violence