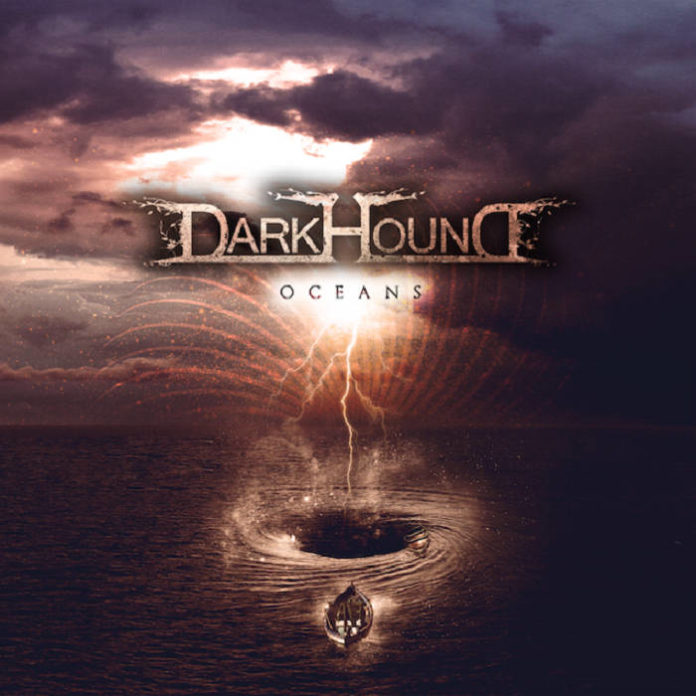 Dark Hound are all about straightforward heavy metal. Very clearly influenced by the likes of Megadeth in terms of song construction, and Judas Priest and Iron Maiden in their guitar solos, they seem to be all about playing no-frills heavy metal.

While melodically attractive, Dark Hound sometimes fall prey to having a singer that just isn’t capable of carrying a band. When his vocals are clear they are so nasal as to be ridiculous. You know how Helloween‘s Andi Deris sings very nasally when he does ballads? Imagine that in a Megadeth-esque track. Thankfully, singer/bassist ET Brown does not limit himself to that style, and actually indulges in some great growls reminiscent of Kreator (I’d love to hear this man cover “Enemy of God”) that really show where his real power lays. Comparing his clean and growled vocals in “To Know End” should show you exactly what I mean (then again this can also be misused, as in the dialogue-like combination of both styles in “Just as Blind”).

Instrumentally things are kept very simple, and to the point. This is by no means a criticism, since they definitely know how to make it work. At no point did I feel that their music was coming off as derivative, or that they were exhibiting some sort of laziness in their composition. In any case, the solos make up for any complaints that might exist in regards to the music sticking the basics; they are complex enough to be interesting, but without indulging in an unnecessary complexity that breaks the rhythm of things.

The strength of Dark Hound lies in their music. They are able to write very catchy tunes, the kind that in MTV’s heyday would be played over and over (hell, the ending of “Just as Blind”, with its fade-out, seems made for it!), and listening to them it’s a good experience (some exceptions apply, like the occasionally cacophonous “Oceans”), Sadly, the vocals are not always up to the task. When they’re good they’re pretty good, but when they’re bad they’re goddamn annoying.

There’s a lot of potential here, but there’s also a lot to be done in terms of improving. They have the skills do great things, they just need to know where to focus their talents and exploit their best qualities… instead of sticking to their weaknesses.