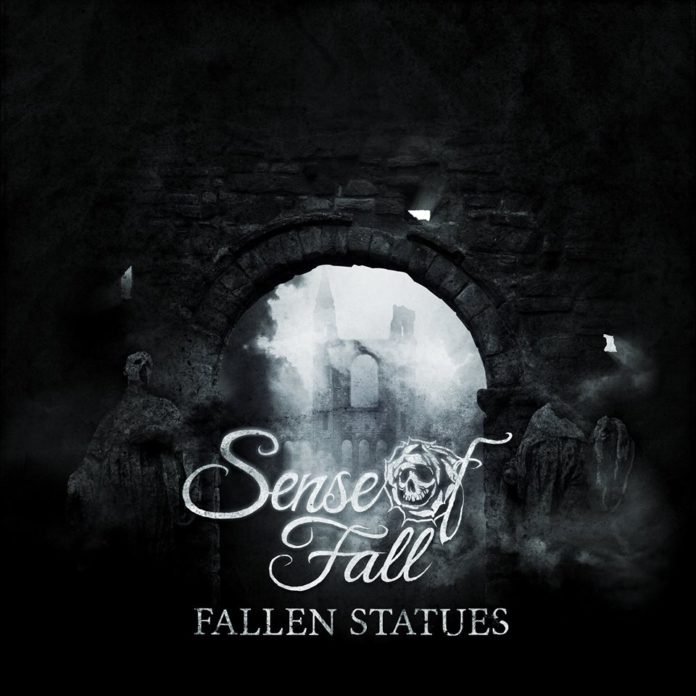 With a sound that is at times quite reminiscent of Arch Enemy (something that, mind you, I felt before I knew that Anni Kujala, Sense of Fall‘s singer, is also a woman) this is an EP that seems aimed at highlighting exactly what the band is capable of. Mixing heavy growling sections with clean and melodic parts, Sense of Fall are all over the place in their attempt to showcase their versatility. This is not necessarily a good thing.

While it is nice to see exactly what a band can do, the wide variety of sounds and styles that are present throughout Fallen Statues make it seem like there’s not unifying thread throughout it. I mean, “Fallen Statues” sounds like Arch Enemy, Flash Burns and Shadows has a section that attempts to soften things in a way that is reminiscent of Within Temptation during their Mother Earth era (without the squeaking vocals, thank goodness), and “What Lies Beneath,” with its dominant clean vocals, seems like something out of In Flames (before the flannel shirts). The problem is that, as it is often the case in music and in life, when you try to do everything there’s a big risk of being a jack of all trades and master of none. Anni‘s voice is great at growling, but it’s simply not very good when she tries clean vocals; it’s unremarkable at best, and that’s just not good enough. In a musical landscape where mixing growling and clean female vocals has been done a lot by the likes of The Agonist, the quality that Sense of Fall bring to the table just isn’t high enough.

The production is, sadly, another low point. The sound feels very compressed, like a poorly-encoded file, and the clarity of the instruments has really suffered as a result. Anni‘s vocals also do not benefit from this subpar production, as her voice, particularly in the clean sections (where you really want clarity) is at times unintelligible.

Sense of Fall have a lot of potential. They clearly have the skills to try and perfect different styles and approaches to their music. The problem right now is that they still seem to be looking for a voice, for a sound that really represents them. When that happens, I’m sure the results will be better.