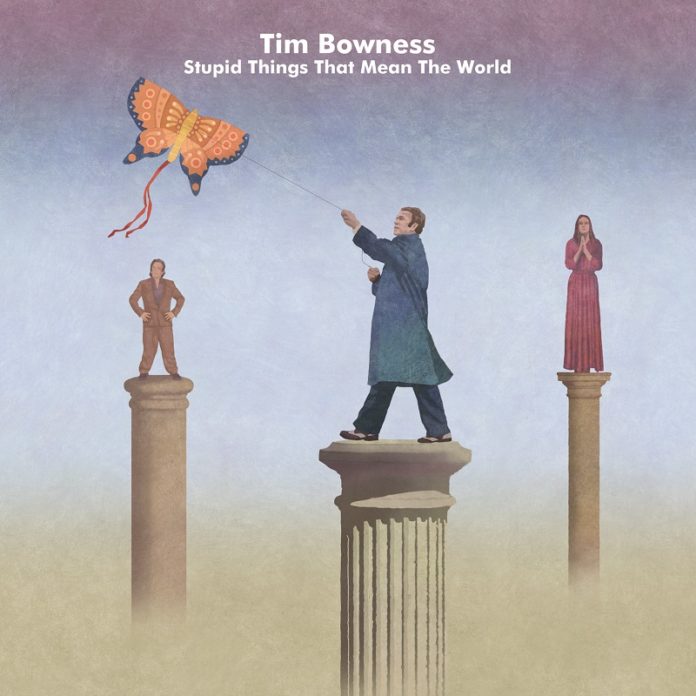 The album begins in a way that acts as a smokescreen to veil what the music is really going to be all about, as the ridiculously long title does not really give any hints about it. This is not a bait and switch, a strong album opener followed by forty minutes of mediocrity; instead, it serves to confuse and make the listener vulnerable by opening with Clutch-like fuzz and percussion intertwined with Tool wind-downs. At times the drums take the wheel and are accompanied by light keys as Tim Bowness rolls in like a fog with lyrics that whisper of youth attempting to enter the music industry. Guitars and bass build so subtly into the sound that their entrance is barely noticeable, but their presence is felt and warmly welcomed. This layering style is used throughout the album, yet does not grow old or repetitive because of actively evolving tempo and tone, as well as numerous additions to the sound such as flutes and a choral backing section that adds a dream-like feel to the experience. The music may seem a little basic and minimalistic on the first listen, but the attentive ear can pick up on the vast amounts of intricacies and nuances that have been kneaded into the sound which add a great degree of character and depth.

My one complaint is that the vocals are monotonous and don’t show the same attention to detail or development that is seen in the instrumental section. That being said, considering the lyrical content, I can understand the need for a less dynamic approach to the vocals in order to establish the proper mood for the narrative to possess emotional impact. On the topic of emotions, an atmosphere of lethargy accented with sadness reigns over the album with moments of desperate struggle and tension punctuating the gloom. The creation of such an atmosphere can often lead to a disastrous performance that focuses far too much on the construction of the mood rather than the quality of the sound, but Tim Bowness manages to achieve the feeling of a rain-washed day without bogging down the intrigue and entertainment of the performance in the rushing water.

Overall, Stupid Things That Mean The World is an excellent piece that is layered with musical skill, character, and depth. The album is certainly not an adrenaline-pumping thrill ride, but it doesn’t want to be, nor does it need to try. Tim Bowness delivers a quiet yet dramatic performance that is greatly rewarding for the attentive listener. For those of you who are looking for a soundtrack for your more introverted days, or just want to hear some expertly developed progressive rock, this one is for you.