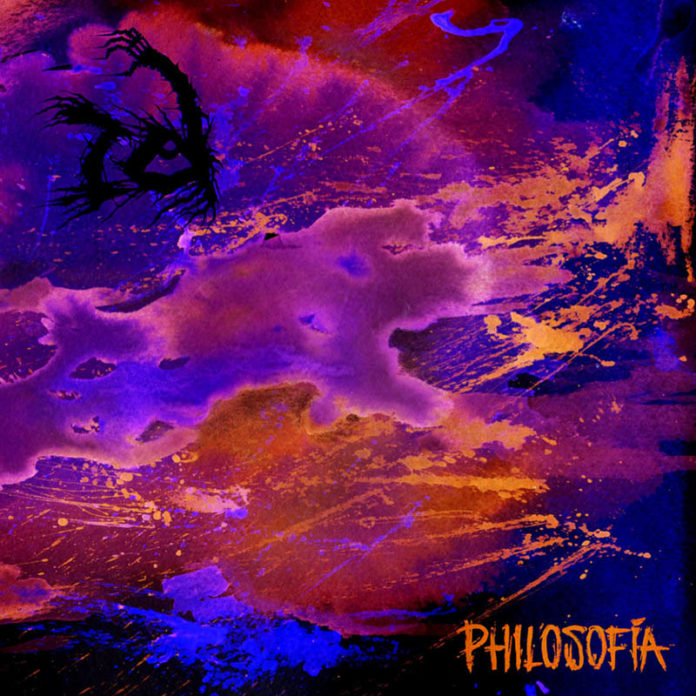 Texas has been a breeding ground for brutal death metal for years, producing some of the heaviest bands in the genre (Devourment are an excellent example of this). There have been black metal bands, groove metal bands, metalcore… just about all things hard and heavy, but always with an emphasis on sheer brutality.

ID are a new band from Austin, Texas that mix brutal death with elements of black metal to create some of the most malevolent tones the south has to offer. Philosofía is their debut full-length and, I have to say, it really leaves a mark. With a triple vocal attack, punishing guitar lines, pummeling drums, and super heavy bass, Philosofía sounds like an album written and performed by a band with years of experience, even though these guys have only been an active band since 2012. “Godlike” is a particularly intense track, and is a good showcase for the technical abilities of the musicians. Blastbeats, thick bass, and insanely fast guitar work, and vocals hitting you from every direction; this is basically a sampler of the whole album packed into one song. “Liberate” features guest vocals by fellow Texan Shane Elwell from Vaginal Bear Trap, Oppressive Force, and a rising number of other notable Texas death metal acts. I’m reminded at times of the blackened death metal of Vital Remains, with a little bit of Deicide thrown in, though with much better vocals, and a bit more technical.

The production is crystal clear and polished, without sacrificing atmosphere or intensity. The overdubs are mixed in extremely well and, despite the amount of notes and vocals jammed into each bar of music, the sound doesn’t come off as being too busy or overloaded. The chemistry between the band members is remarkable, and the finished product could truly rival any international death metal act. I don’t say this often, or very lightly, but seriously, somebody should sign ID, and do it quick. Philosofía should be in as many hands as possible, and any self-respecting extreme metal fan’s collection is simply incomplete without it.