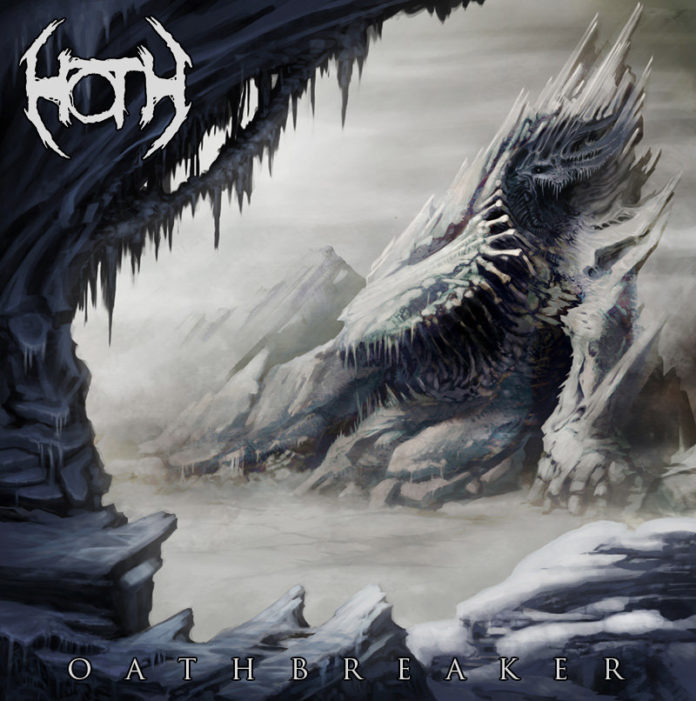 I don’t know about you, but I’m beginning to lose count on the number of sub-genres of sub-genres in metal; I mean, look at djent, a sub-genre that essentially got its name from the guitar tone most of the bands use in the genre. One in particular that I’ve always found to be a bit too general and useless is “extreme metal.” While not originally meant to be the name for a specific sub-genre, it has been used as such by many bands who incorporate elements of black metal, death metal, folk, Viking, etc.

Hoth are a metal duo from Seattle, Washington, and one of the few bands I’ve heard with the “extreme metal” tag that truly can’t be placed into a specific genre like black or death metal. Truly, there is a little bit of everything in Oathbreaker, their second full-length LP. There are very large doses of black metal and melodic death metal, but what really caught my attention was the numerous acoustic interludes, like the intro to “A Blighted Hope.” The chord progressions, melodies, and overall vibe sound European, which is truly one of the highest compliments I can give to an American extreme metal band. While there is a palpable air of melancholy throughout, it’s not all just melody and sorrow, as there are some moments of truly intense heaviness, such as the thrash sections on “Cryptic Nightmares,” or the black metal fury of “Acolyte of the Tenebrous Night.”

The only issue I have with Oathbreaker is that although the musicianship is tight and the production is perfect, the songs themselves feel a little too familiar at times. The opening riff on “The Unholy Conception” sounds almost like a black metal homage to the 1989 Batman movie soundtrack, before going into a melodic black metal sound, very similar to Naglfar. That being said, I am impressed by the fact that Hoth have produced such a high-quality album on their own, and their sense of melody and songwriting is flawless. There’s definitely a lot to like here, and I suspect we’ll be hearing a lot more from these guys in the near future.